Bangladesh has been gripped by cricket fever ahead of the World Cup opener against India on Saturday as fans savour the prospect of another stunning win over the favourites. 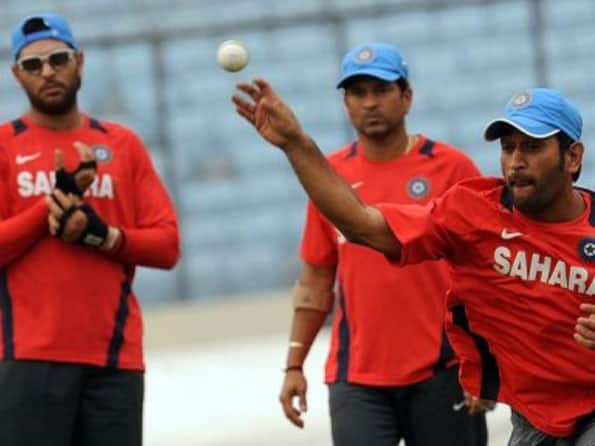 Bangladesh has been gripped by cricket fever ahead of the World Cup opener against India on Saturday as fans savour the prospect of another stunning win over the favourites.

Bangladesh has been gripped by cricket fever ahead of the World Cup opener against India on Saturday as fans savour the prospect of another stunning win over the favourites. The Tigers upset India by five wickets in their first match of the previous World Cup in the Caribbean in 2007, causing the 1983 champions and 2003 finalists to be knocked out in the first round.

That victory was followed by another over South Africa in the Super Eights round, setting off unprecedented celebrations in the tiny cricket-mad nation. Fans now expect Shakib Al Hasan’s men to repeat the 2007 success on home turf at the Sher-e-Bangla stadium, even as India gun for revenge and ensure a winning start to their campaign.

India have won 20 of their 22 one-day matches against the Tigers, but local fans were confident the current team will reverse the trend in the day-night match.

“Of course we will win, we have never lost to India in the World Cup,” said Dhaka shopkeeper Halim Rahman.
It did not matter to him the two nations have met just once in the tournament’s 36-year history.

Bangladesh could not have asked for a better setting to challenge Mahendra Singh Dhoni’s Indians, who face the daunting prospect of playing in front of some 25,000 partisan fans. Familiar home conditions that assist the slow left-arm spin of Shakib and Abdur Razzak have seen Bangladesh win seven and lose just one of their last 10 home one-dayers.

The victories included an astonishing 4-0 rout of Daniel Vettori’s New Zealand in October. Shakib chose to play down expectations, saying Bangladesh needed to play well in all their six league matches and not just the game against India.

“Fans do expect a lot but there is no pressure on us,” he said. “It’s not just about winning the first game, but doing well in all our matches.”

Bangladesh will be without former captain and pace spearhead Mashrafe Mortaza, who was ruled out of the tournament due to a recurring knee injury.

Mortaza, 27, has been the pivot of the Bangladesh attack with 146 one-day wickets, including a match-winning 4-38 against India in the last World Cup.

Bangladesh will depend on the left-handed openers, Tamim Iqbal and Imrul Kayes, the fluent Junaid Siddique and former captain Mohammad Ashraful to give the spinners a reasonable total to defend.

India have enjoyed an impressive run over the last three years, which has taken Dhoni’s men to the top of the Test rankings and made them number two behind Australia in the one-dayers.

They go into the Cup opener on the back of two convincing morale-boosting wins over Australia and New Zealand in practice matches this week. The Indians rely mainly on its powerful batting, led by world recorld holder Sachin Tendulkar, to pile up a big total and bat the other side out of a match.

With Sehwag, Gautam Gambhir and Yuvraj Singh adding to a top-heavy line-up and Dhoni and the explosive Yusuf Pathan coming down the order, Harbhajan Singh has been pushed to number eight despite two Test centuries to his credit.

India and Bangladesh have been drawn with England, the West Indies, South Africa, Ireland and the Netherlands in group B, with the top four advancing to the quarter-finals.

The repercussions of publicly dubbing cricket a "stupid game"