The Bangladesh Cricket Board (BCB) on Sunday confirmed that the Board of Control for Cricket in India (BCCI) has requested them to play one day-night Test during the upcoming two-Test series in India. The BCB said that it will have to consult their players and team management.

BCB chief executive Nizamuddin Chowdhury said they want all stakeholders on board. “At first we have to take the consent of the players and members of the team managements about it. It is totally a technical matter [playing day-night Test from skill perspective] and we have to consider that there is preparation required to play a Test with a pink ball,” Chouwdhury said.

If BCB replies positively, the second Test at Kolkata’s Eden Gardens would most likely host the Day/Night Test, beginning from November 22. The India-Bangladesh series will begin with a three-match Twenty20 series, starting November 3 at New Delhi. The first Test is scheduled to be held at Indore from November 14. 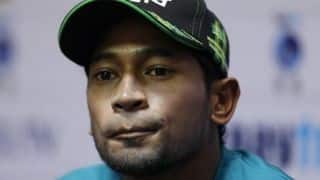