At 32, having last played for Bangladesh in 2014, Robiul announced his retirement.

Robiul Islam, who for a short time was the leader of Bangladesh‘s Test bowling attack, has announced his retirement from all forms of cricket.

The decision comes at the age of 32, with Robiul having played two first-class and one List A games since 2016. He last played for Bangladesh in 2014.

A prodigious mover of the cricket ball when at his prime in a brief career that spanned nine Tests, three ODIs and a solitary T20I, Robiul was a rare talent who emerged in a time where spin was the dominant Bangladesh skill.

Despite a tremendous Test performance in 2013 against Zimbabwe, in which he was named Player of the Series for consecutive five-wicket hauls, Robiul fell out of favour with the Bangladesh selectors and later his domestic team. 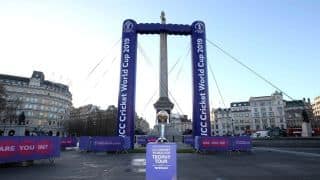