Following resignation of Jurgensen, Bangladesh has been left bereft of coaches.

Former Bangladesh national bowling coach Ian Pont, in exclusive remarks to PakPassion.net, believes it is time for a local coach to step up and be given the chance to guide the Tigers team.

“I guess it’s time to try someone local” said Pont who won back-to-back Bangladesh Premier League titles as Head Coach of the Dhaka Gladiators. “There is clearly a disconnect between what’s happening in Bangladesh Cricket and the coaching staff that come in to do the job.”

Following the recent resignation of Australian Shane Jurgensen, after a disastrous ICC World Twenty20 (T20) 2014 campaign that saw his team embarrassed by rank outsiders Hong Kong at home, Bangladesh Cricket has been left bereft of coaches. The trainer, batting coach/fielding coach, head coach/bowling coach and the Head of the BCB Cricket Academy have all resigned, plunging Bangladesh into a severe crisis.

“The problems coaches face in Bangladesh are not insurmountable. But there has to be a will on all sides to resolve them. The board must let coaches actually coach and bring in the changes necessary for the betterment of the game. On the other hand, coaches must understand that the excuse culture is still rife and that working in a cricket mad country where emotions run high, is not the same as coaching in Australia, England or South Africa. That’s why it’s time to give a local coach a try” Pont added.

Bangladesh has not improved its standing in the ICC rankings since 2011 and the World Cup cycle is always a good indicator of how well a team is shaping up. Bangladesh is currently still the lowest ranked Test country across two formats of the game and ranked below Ireland in T20Is – something that Pont recognises is an issue.

“It’s been 14 years since Test status and you would have hoped by now that Bangladesh could have lifted itself higher in the rankings, even once or twice in that time. The fans are great and deserve more to be honest. They support the team regardless of the results.”

During Pont’s own tenure as a coach in Bangladesh between September 2010 and April 2011, the team won 10 out of 14 matches. And with his perfect record of two BPL trophies out of two, he is someone who knows and understands what needs to happen.

Pont added “Politics plays a huge part across all cricket these days and often there are vested interests in the game. But it isn’t beyond the realms of man to make a difference, if you know what to do. I am not sure many foreigners can understand it. That’s why an all Bangladeshi coaching staff team is the way to go at this time. Motivation is the key. At least try it. Train a coach and appoint from within. Might as well do this now.” 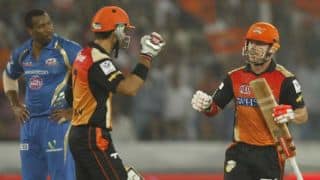 IPL 7: I would love to continue batting at No 3 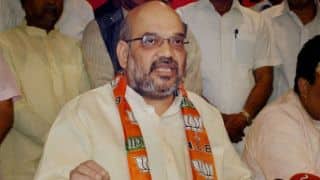