Prothom Alo is big media organisation in Bangladesh, so bit more maturity was expected from them.

Prothom Alo, a renowned Bangladeshi newspaper tried to humiliate the Indian cricket team by publishing a disgraceful advertisement in its weekly supplement ‘Rosh Alo’. The front page of the supplement features a fake advertisement of a cutter. It shows Bangladeshi cricketer Mustafizur Rahman, who had an excellent series against India, standing with a ‘cutter’. It symbolised the 19-year old bowler’s famous ‘off-cutters’, which fetched him lots of wickets in the recently concluded series against India.

The picture further shows that in front of Mustafizur stand seven Indian cricketers, Ajinkya Rahane, Rohit Sharma, Virat Kohli, Ravindra Jadeja, MS Dhoni, Shikhar Dhawan and Ravichandran Ashwin are standing with their heads half shaved. The fake ad carried text about a famous Mustafizur delivery that proved extremely effective; and can be seen holding a banner that says: “We’ve used it. You can use it too”.

According to Indian traditions, half-shaven heads are considered as a sign of humiliation. India may have lost the series against a good Bangladesh side, but that doesn’t mean the Bangladesh media have the license of treating Indian cricketers like this. Prothom Alo is big media organisation in Bangladesh, so bit more maturity was expected from them. 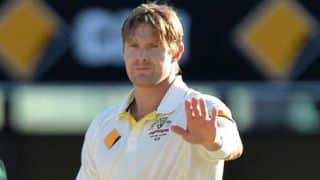