Bangladesh players call off strike after BCB agrees to demands

Bangladesh players call off strike after BCB agrees to demands

The impasse between the board and the players came to an end around Wednesday midnight.

Bangladesh players have called off their strike after the Bangladesh Cricket Board assured them that nearly all their demands will be met. The impasse between the board and the players came to an end around Wednesday midnight after a two-hour long meeting between the two parties.

In addition to their 11-point demand, the players added two more demands, which stated that the board must share a portion of their revenue with the players and that men and women cricketers must be paid equally. Shakib Al Hasan, Bangladesh captain Test and T20I captain, however, cleared they’ll only be content when the changes are implemented.

“As Papon bhai said, it was a fruitful discussion,” Shakib said. “He and the rest of the directors assured us that our demands will be met as soon as possible. Based on their assurance, we will start playing the NCL and attend the training camp.

“We told them that there should be [CWAB] elections swiftly. We want a representative from the current players, so that our problems can be discussed with the board regularly. It will be the best for the players. They have agreed, and the elections will be held when we are all available. We can tell you that we are happy when the demands are implemented, but discussions have been satisfying.”

Nazmul Hasan, the BCB president, who delivered an angry press conference in reaction to the players going in strike, eventually agreed to all their demands.

“We thank the players for coming today. They had a number of demands which I told you yesterday were mostly agreeable. Among their 11 demands, the first one (CWAB elections) doesn’t have anything to do with the BCB and the last demand (more than two NOCs per year to play franchise tournaments) will be taken case to case.

“We have agreed with the rest of the demands, like the DPL transfers and BPL franchise model,” Hassan said. “We will also significantly improve their allowances in the domestic competitions, and it will be done in the next two or three days. Not in six months or a year.

“We will also improve infrastructural facilities everywhere, and no longer take it phase by phase. I also heard from many players, and I have asked them to send them their issues in writing in the future.”

The development further confirms that Bangladesh’s scheduled tour of India will now go ahead as planned. 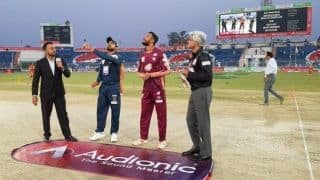 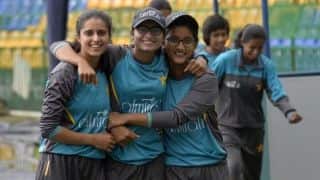