Shakib Al Hasan has earlier played for Rangpur Riders and it will be a comeback to the franchise for the all-rounder.

Bangladesh’s star all-rounder Shakib Al Hasan has moved from Dhaka Dynamites to Rangpur Riders for the upcoming season of Bangladesh Premier League (BPL). The 32-year-old joined Dynamites in 2016 and was a core player of the side. He had successfully led the franchise to a title victory in 2016. This will be Shakib’s second stint with Rangpur Riders, having played for them in 2015.

The all-rounder will take the place of Bangladesh’s ODI captain Mashrafe Mortaza as the icon player. Mortaza had a successful stint with the franchise but will now have to move on with Shakib coming in.

Shakib has been in rich vein of form, most recently at the ICC World Cup 2019, where he scored 606 runs and scalped 11 wickets. A move up to number three in the batting order did wonders for him and Bangladesh reaped rewards.

The 32-year-old is presently on leave and isn’t a part of the ongoing ODI series against Sri Lanka. He was granted rest after a gruelling World Cup, where Bangladesh finished eighth with three wins from nine matches.

In another update, Eoin Morgan is set to join Dhaka Dynamites for his maiden BPL stint. England’s World Cup-winning captain had famously withdrawn from Bangladesh tour in 2016. Jos Buttler had led England in the limited-overs series.

The seventh edition of the BPL will be starting in the month of December with the final to be played in January 2020.

Comilla Victorians will go in as the defending champions. They had defeated Shakib-led Dhaka Dynamites in the final of the previous edition by 17 runs. 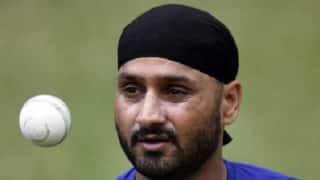