After leading a mini revolt against the national board last week over pay dispute, Bangladesh T20I and Test skipper Shakib Al Hasan is likely to miss the India tour, starting 3rd November.

According to Cricbuzz, the allrounder has only been part of one net session in the four-day preparatory camp held in Bangladesh before the team leaves for India. This has prompted the board to sit and deliberate on a fresh squad.

”We will announce the T20 team tomorrow [October 29] at noon. We need some more time to announce our Test team. We will announce it two to three days later,” Akram Khan, BCB’s cricket operations chairman said as quoted by the website.

During the camp, coach Russell Domingo held discussion with the the board officials plans for India for the T20I and Test series, but Shakib was not a part of it.

What has also caught BCB’s attention is an ‘unlawful’ sponsorship deal by the allrounder with a telecom company that violates his contract and the baord has reportedly sent a show cause notice.

Last week, Shakib was at the forefront of a player’s strike in Bangladesh with the players refraining from any sporting activities unless their 11-point demand is met by the board, thus putting the India tour in a limbo. Couple of the demands stated that the board must share a portion of their revenue with the players and that men and women cricketers must be paid equally.

After BCB agreed to the demands, players called off the strike. But, when senior player Tamim Iqbal pulled out of the tour, BCB chief Nazmul Hasan called it an conspiracy to sabotage the entire tour. However, Iqbal had opted out of the upcoming tour of India as his wife is due with the couple’s second child.

Bangladesh are to play three T20Is and two Test in India. 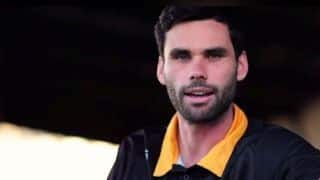