BCB and the Pakistan Cricket Board (PCB) recently announced that the series against Pakistan will take place in three phases: three T20Is in January, one Test in February, and an ODI and a Test in April.

Bangladesh T20I captain Mahmudullah on Tuesday revealed that his family had reservation about the national s side tour to Pakistan specially after senior wicketkeeper-batsman Mushfiqur Rahim made himself unavailable to travel citing security reasons.

The series which was earlier slated in January-February that included two Tests and three T20Is was shifted since Bangladesh Cricket Board (BCB) insisted that were against a transit that would require them to stay in Pakistan for more than seven days. A new itinerary was prepared after the intervention of ICC president Shashank Manohar.

BCB and the Pakistan Cricket Board (PCB) recently announced that the series against Pakistan will take place in three phases: three T20Is in January, one Test in February, and an ODI and a Test in April.

”It was definitely tough [the decision to tour Pakistan] initially because there were (security) concerns from my family,” Bangladesh T20 skipper Mahmudullah told reporters at the pre-series media briefing at the Sher-e-Bangla National Stadium

”I have discussed with my family and I am quite relieved that my family is at peace [about touring Pakistan],” he said.

Mahmudullah said that he s convinced about any security concerns. ”Pakistan is providing us with the best possible security arrangements. The members of the squad are not worried about security at all. We are only thinking about our game; how to perform well and win, he said.

Mahmudullah shrugged off any questions about the series lacking competitiveness. ”Rankings are immaterial. We are nine and they are at one (because) they have been playing T20Is consistently. The way we have played in last couple of series, I am very hopeful that we will be able to play some good matches.” said Mahmudullah.

“Pakistan might have played bad in last couple of series but I think they are very strong team in T20 and we will be playing in their home conditions.

”I am hopeful that they (the pacers) will be able to deliver and I am not thinking whether I have proper spinners or not. This time our pace bowling side is really experienced and I have put my trust on them.”

The Bangladesh team is set to leave for Pakistan on Wednesday (January 22). 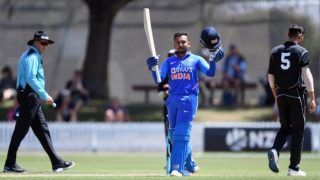 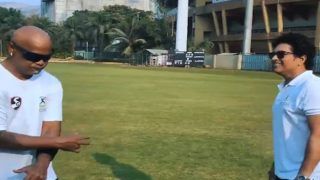 Sachin Tendulkar Challenges Vinod Kambli, Gives Him One Week To Get The Rap Done | WATCH VIDEO