Sri Lanka's upcoming Test series against Bangladesh was thrown into disarray after the country's cricketers refused to sign central contracts due to a pay dispute despite an extended deadline that ended on Sunday. 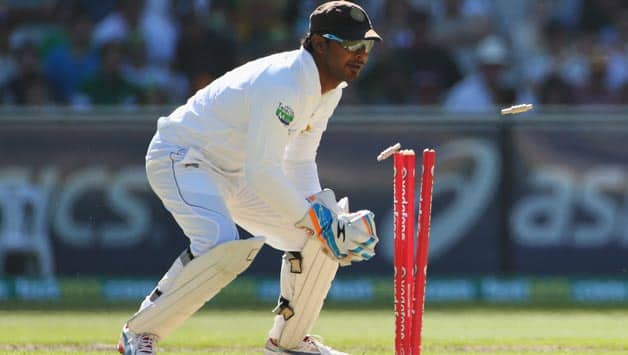 Sri Lanka‘s upcoming Test series against Bangladesh was thrown into disarray after the country’s cricketers refused to sign central contracts due to a pay dispute despite an extended deadline that ended on Sunday.

Sports Minister Mahindananda Aluthgamage said not a single player responded to today’s 9 am local time deadline to enter into fresh contracts with the SLC.

The players, 60 of them, were angered by Sri Lanka Cricket’s decision to deny them 25 per cent of the guarantee money received for ICC events participation.

Also, the SLC wanted to slash payments for the time the players participate in the IPL away from national duty.

The previous contracts ended on February 28 and among the players who refused to enter new contracts are 23 international stars.

Aluthgamage said most of the junior players, among the 60, were willing to compromise but the seniors have to stuck to their guns. Aluthgamage said over 50 per cent of SLC’s annual income is spent on player payments.

He said would not mind dropping some of the uncompromising seniors in order to build a new team even if it meant that Sri Lanka would fair poorly in the short term.

The row would have an immediate affect on the tour by Bangladesh for a three-match Test series.

Kumar Sangakkara is one of the players who has refused to play in the three-day tour opener starting on Sunday in the southern town of Matara.