'Over The Moon an Understatement': Akbar Credits Hardwork After Leading Bangladesh to Maiden U19 WC Title

'Over The Moon an Understatement': Akbar Credits Hardwork After Leading Bangladesh to Maiden U19 WC Title

Ali-led from the front as Bangladesh stunned defending champions India to win their maiden U-19 World Cup on Sunday in a thrilling final at Potchefstroom.

After showing nerves of steel during his patient and title-clinching knock in the recently-concluded ICC Under 19 Cricket World Cup 2020 final, Akbar Ali said it’s a dream come true for the cricket-frenzy nation to lift the ultimate prize in junior cricket. Ali, who scored an unbeaten 43 off 77 balls, credited all to the hours of hard work put in and the feeling of being crowned as the ‘world champions’.

Still bathing in the euphoria of leading Bangladesh to their first global cricket title across levels, the 18-year old Ali knows all too well that a place in the senior team is still a bridge too far and he has to continue the good work to realise his ultimate dream.

“It was a dream come true moment for all of us. We have worked really hard for two years. All our hard work came to life at that one moment. We were over the moon and even that is an understatement. I cannot describe the feeling when Rakibul (Hasan) hit the winning runs,” Akbar told IANS in an interview before the team left for Bangladesh.

“I want to play for Bangladesh senior team like everybody else. That is the ultimate goal. But I really don’t want to think of it now. We have a long way to go. This is the just the beginning as I have said before,” said the wicketkeeper-batsman.

Ali-led from the front as Bangladesh stunned defending champions India to win their maiden U-19 World Cup on Sunday in a thrilling final at Potchefstroom.

Coming out to bat when his team was in a spot of bother, Ali patiently played out India’s threats from leg-spinner Ravi Bishnoi and fast bowler Kartik Tyagi’s spells before reaching the finishing line.

It was not a one-off for Bangladesh who had been searching for a crown for the last 20 years. Ali said the U-19 group have been together since August 2018, preparing for the World Cup and have toured places like England and New Zealand to fine-tune their skills.

“We have been camping together since 2018 August. We played the Asia Cup. Then we played a series in England, New Zealand. We played Sri Lanka and England at home too. The cricket board invested a lot in us and gave us a lot of exposure tours which helped immensely. So it’s good planning coupled with our execution that worked,” said Akbar.

The Rangpur-born had said before the World Cup that winning the title was always the goal and anything lesser at the tournament would have left them dissatisfied.

“We had the belief in us and we were confident (before the start of the tournament) that if we can play our natural cricket, we can beat any opponent.

“The quarterfinal against South Africa gave us a lot of confidence and perhaps that is where we turned a corner,” said Ali who braved the loss of his elder sister during the tournament to lift the trophy.

After Bangladesh won the final, the players of the two teams were seen engaging in an exchange of words and even some pushing and shoving on the field, leaving a Bangladeshi flag damaged in the process.

Five players — three from Bangladesh and two from India — were on Tuesday sanctioned by the International Cricket Council (ICC). Akbar reiterated that something of that sort should never happen, but also added that Indians were also at fault like them.

“Whatever has happened during the match, it can happen. But what happened after the match was not right. I said sorry on my team’s behalf. But both teams were at fault. This should never happen again,” he signed off. 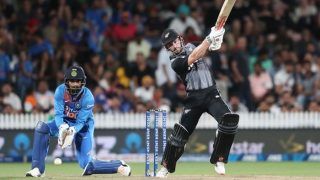