Alastair Cook will become England's most capped Test player on Thursday when he leads his side out against Bangladesh in Chittagong.

Chittagong: Alastair Cook has admitted to questioning how much longer he can extend his record-breaking England career, torn between the pride of playing for his country and the wrench of being parted from his young family. Cook will become England’s most capped Test player on Thursday when he leads his side out against Bangladesh in Chittagong at the start of a two-match series his 134th appearance in whites for his country. Given that he is still only 31, remains at the top of his game and is remarkably injury-free, talk is growing that Indian legend Sachin Tendulkar’s all-time record of 200 Test appearances could be vulnerable. Cook is already the only Englishman to score more than 10,000 Test runs and widely tipped to also overtake Tendulkar’s record of 15,921 runs. Full Cricket Scorecard: Bangladesh vs England 1st Test at Chittagong

But after flying back to rejoin the squad in Bangladesh only days after his wife Alice gave birth to their second daughter, Cook acknowledged that the prospect of many more years of touring was daunting. “We play Tests so quickly nowadays so I could do [break Tendulkar’s appearances record]… The danger is looking at it,” he told journalists late Tuesday in Chittagong. “70-odd Test matches now seems a long way away and if I am brutally honest the more times you pack your bags to leave your family at home you do question how long you can keep doing it for.” As one of the few countries that still draws packed houses for five-day matches, England play far more Test cricket than their counterparts and are due to play at least 14 Test matches within the next 12 months. Cook at least will have a break from the international circuit between Christmas and July next year given that England have an extensive programme of one-day cricket in that period, including the Champions Trophy.

England’s selectors controversially axed Cook as limited-overs captain just two months before the 2015 World Cup, but he now admits that could have been a blessing in disguise. “Noticeably not playing one day cricket has lightened my load up,” he said. “You get more substantial breaks which refresh you mentally a lot more than it has ever done. Bangladesh vs England 2016, 1st Test at Chittagong: Preview

“You can isolate each series or tour knowing that I have 10 weeks here but January, February, March are back at home and you can do your training block or get away from it and spend some quality time at home.” Cook said being captain of the Test team was “something I am very proud of” and never dreamed when he made his debut 11 years ago that he was embarking on a record-breaking career. “I would never have thought in 2006 when I made my debut I would get close to breaking that… It will be a very special moment. “It doesn’t matter whether you are playing your first game or your 130th. It is a very proud moment to play for England and you should never ever forget that and I certainly don’t.” 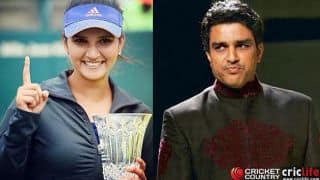