Bangladesh vs South Africa 1st T20I at Dhaka Preview: Stiff challenge for the host after a successful run

Bangladesh vs South Africa 1st T20I at Dhaka Preview: Stiff challenge for the host after a successful run

Bangladesh’s main weapon in the series will be their army of spinners.

After a dream run against Pakistan and India at home, Bangladesh will face the toughest task of this season when they will take on South Africa at home. The series is commencing with a two-match T20 International (T20I) series, with the first game scheduled to be played at Mirpur on Sunday. READ: Bangladesh await their biggest test at home against South Africa

Bangladesh’s main weapon in the series will be their army of spinners. They know South Africa’s vulnerability towards playing spin, so they want to expose that. Recalling off-spinner Sohag Gazi to the squad, whose action is now cleared by International Cricket Council (ICC), is a clear indication that there will be a stern ‘spin test’ for the South African batsmen during this tour.

Mashrafe Mortaza currently has a settled team. He has a quality bowling attack which is very suitable for the Mirpur wicket. It will be interesting to see how young Mustafizur Rahman bowls against the likes of AB de Villiers, Faf du Plessis and others.

The Bangladesh batsmen are also doing really well of late. The bulk of the responsibility of scoring runs will be on Tamim Iqbal, Soumya Sarkar, Shakib Al Hasan, Mushfiqur Rahim, and Sabbir Rahman. The others need to play around them. Though in T20Is, anyone can be a match winner on a given day.

The South African squad has a good mixture of youth, experience, and talented players. Seniors like du Plessis, de Villers, and JP Duminy will guide the young members of this team. For them this tour will be a dress rehearsal for the upcoming India series. They would like to gain most out of these matches. Their performance against the spinners will be closely monitored.

The Proteas’ bowling department looks a bit inexperienced. It will be a good opportunity for the likes of Chris Morris, Wayne Parnell, Aaron Phangiso, Kagiso Rabada, Beuran Hendricks and others to put their hands up and take more responsibility.

Keeping the monsoon rain in mind, Bangladesh Cricket Board (BCB) has decided to schedule the T20Is in the afternoon. The matches will start at 1.00 PM local time. South Africa will go into game as clear favourites, but in-form Bangladesh can post a tough challenge for them. 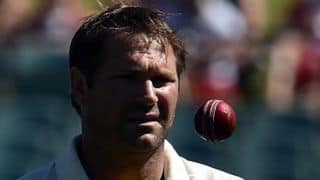