Shakib Al Hasan will want Bangladesh to forget what has already happened and focus on what is in hand in South Africa.

Bangladesh s tour to South Africa has not proven to be a fruitful one. In two Tests and three ODIs so far, they have neither won a single match yet. They have not even come close to winning one. However, Shakib Al Hasan will want the team to forget what has already happened and focus on what is in hand a couple of T20Is in which to reinstate themselves as worthy opponents. Before the first T20I starts, here is the preview and likely teams.

The hosts received a big jolt when skipper Faf du Plessis has been ruled out. Du Plessis picked up an injury in South Africa s victorious third ODI against Bangladesh. JP Duminy will lead them for the T20I series. Du Plessis not only contributes as a captain but also as a consistent batsman and fielder.

Mustafizur Rahman s absence has been the biggest problem for Bangladesh. In conditions where they needed their pace attack in full strength, the frontline bowler was ruled out due to injury.

Shakib will still try to make sure South Africa finish the South Africa tour with at least one win. South Africa s pace attack has already troubled the visitors enough and all the team needs to do is to continue with their form. Bangladesh have failed on all fronts till now. Having played in the conditions for a month now, Bangladesh need to put in effect what they have learned.

South Africa s batting, despite the absence of du Plessis, has a strong nucleus. Quinton de Kock, Hashim Amla, AB de Villiers and Duminy will form a strong top order. If David Miller is picked, he and Farhaan Behardien will have to match up to the top and take up responsibilities if top fails.

It doesn t matter at what age you come in, he has come in with a lot of experience and has played many games for his franchise. The experience is there, the key for him is to execute those skills under this type of pressure – Duminy on Frylinck

With Imran Tahir and Kagiso Rabada being rested for the T20Is, players like Robbie Frylinck and Tabraiz Shamsi might find themselves in the eleven. If picked, 33-year old Frylinck will make his debut. All eyes will be on him as well as Dane Paterson, who bagged a 4 wickets in the final ODI.

Bangladesh must see the matches as their do-or-die. They must play uninhibited cricket. Not only Mustafizur, Mosaddek Hossain has also been ruled out of the squad due to an eye infection. This will pave the way for all-rounder Nasir Hossain. The top order has gone through several trials and errors in the tour. It is time for them to step up. The likes of Sabbir Rahman, Mushfiqur Rahim and Shakib will be highly relied upon while Mahmudullah and Mehedi Hasan will be the pillars of middle order. Rubel Hossain and Shafiul Islam will lead the bowling. 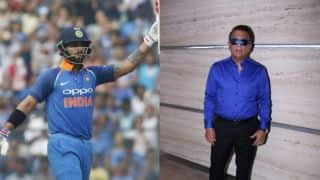