Bangladesh and Sri Lanka‘s second and final Test ended in a draw in Chittagong on Saturday, giving the tourists a 1-0 series win.

Bangladesh, set a target of 467 runs to record a series-levelling victory, were 271 for three in their second innings when stumps were drawn on the fifth day at the Zahur Ahmed Chowdhury stadium in Chittagong.

Sri Lanka had won the first Test by an innings and 248 runs in Dhaka last week.

Earlier, Bangladesh lost two wickets in a tense morning session on the fifth day as Sri Lanka looked on course to win the second and final Test.

Tamim Iqbal and Shamsur Rahman put on 71 for the first wicket, before both openers fell in the space of 10 runs. Mominul Haque played well for his century. 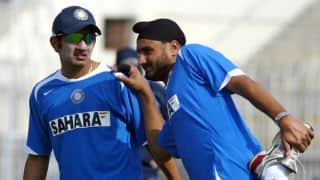 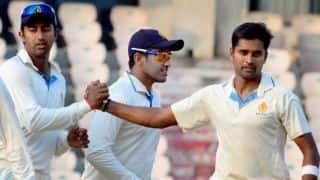