The Tri-nation series has reached the summit clash. Hosts Bangladesh, first to qualify, will face Sri Lanka in what promises to be a crackling final. Zimbabwe make their way back home after losing three encounters and winning just one. The last tie between Bangladesh and Sri Lanka resulted in a morale-boosting victory for the latter. They will look to carry the momentum forward, and stage an upset in the tigers’ den.

“The top order didn’t complain it was a bad wicket. Since we had lost early wickets, the focus could have been on rebuilding the innings rather than looking for runs. We had the ability to score 180-200 even after losing four early wickets. There was lack of application. We could have focused on our own performance and given a healthier look to our team total,” stated skipper Mashrafe Mortaza after Thursday’s humiliating loss to Lanka.

“We were not surprised (after 10-wicket win over hosts ahead of final) because we know that if we play to our strength we can beat any team in the world. We got back to good performance and I think we need to continue the good things,” concluded Sri Lanka opener Danushka Gunathilaka. 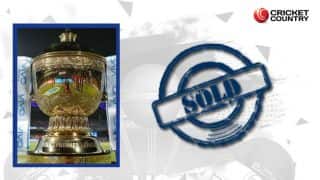