Bangladesh are currently ranked ninth in Tests and aim to progress from that position.

Bangladesh and Zimbabwe clash in a three-match test series scheduled to begin from Saturday at the Sher-e-Bangla National stadium in Mirpur. The two sides meet after a gap of 18 months. Zimbabwe are set to play their second Test of the year, while for Bangladesh, this will move into third series and fifth Test match of the year.

Zimbabwe played their last and only Test match of the year against South Africa and ended up on the losing side after the Proteas defeated them by nine wickets at the Harare. Zimbabwe would surely look to give Bangladesh a taste of their attack, which they were famous for during their golden days and dismantled some of the top-ranked teams. However, this being an away tour in the sub-continent, it is going to be an uphill task for Zimbabwe. Currently occupying the ninth spot in the ICC Test rankings, they would love to win the series and extend their lead on the table and cause a threat to the eighth spot, now ruled by West Indies.

Bangladesh, on the other hand, have lost three and drawn one Test in the series’ played against Sri Lanka and West Indies earlier this year. As a result, they find themselves down to the bottom of the Test table. The Tests against Zimbabwe however, gives them a great opportunity to go up the table and finish on ninth, where their opponents Zimbabwe are currently sitting.

The two teams have faced each other in 11 Tests till date, six of which have been won by Zimbabwe and two by Bangladesh.

Hosts Bangladesh are led by Mushfiqur Rahim. Although his ODI captaincy has not been as impressive off-lately, the Tests, being a different ball game can change his affluence. Also, the man to watch out for would be the team’s star all-rounder, Shakib Al Hasan who would be returning to the squad after serving a suspension from the Bangladesh Cricket Board (BCB) and his return to the squad is a major boost for the Bangladesh side and earns them a big chance to put up a great show. Mominul Haque would also be the man of interest as currently he is the leading run-scorer in the Test team this year.

Zimbabwe is skippered by Brendan Taylor, who has donned the role for quite some time now. Taylor is known to be an explosive limited-overs batsman who can make equally valuable contributions with the bat in Tests. Vusi Sibanda would also be the other man to watch out for. As an opener, he also has been impressive, but needs to be consistent enough to maintain a good form and so would be Elton Chigumbura. However, the most important thing that Zimbabwe should keep in their mind is that they badly need to perform with their bowling attack which could well turn out to be the key against Bangladesh in the sub-continent.

Looking at the pitch, a standard turning pitch as that of the sub-continent would lead both the teams to go with at least two spinners. However, part-time spinners could also play a crucial role if the skippers plan to go ahead with an extra batsman or an all-rounder to bolster their batting performance. 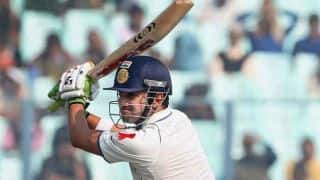 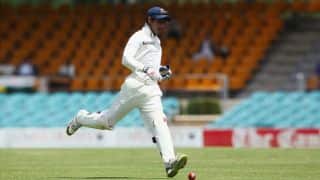