Mortaza won by a massive 274,418 votes, as per the unofficial counting which makes him the first active cricketer to achieve the honour.

Bangladesh s ODI captain Mashrafe Mortaza emerged a winner in his country s parliamentary election on Sunday night. Mortaza, who has already retirement from T20I cricket and has not played a Test since 2009, won from Narail-2 constituency on Awami League s ticket. According to a report in the Dhaka Tribune on Monday, Mortaza won by a massive 274,418 votes, as per the unofficial counting which makes him the first active cricketer to achieve the honour.

Earlier, ahead of the home series against the West Indies, Mortaza indicated that he harboured hopes of contesting in the elections and hinted that he will retire from the game after the ICC World Cup 2019 which is expected to be his last international tournament.

I always had the impulse for politics, Mortaza had written in a post on his Facebook page.

I always believed that development in our country is not possible strongly without politics now I have the opportunity to do something for my country. I don t know what is awaiting me after the 2019 World Cup. I value my time and I am paying attention to it. I believe that everything has to be done at the right time.

Bangladesh Prime Minister Sheikh Hasina won the election by a huge margin. Her ruling Awami League party and its allies won 288 seats in the 300-seat parliament. 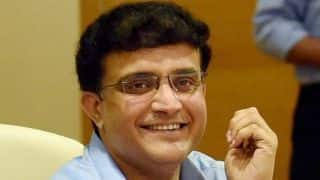