West Indies Cricket Board (WICB) director Baldath Mahabir says he is worried about the injuries in the regional side and has singled out opener Adrian Barath as a source of concern. 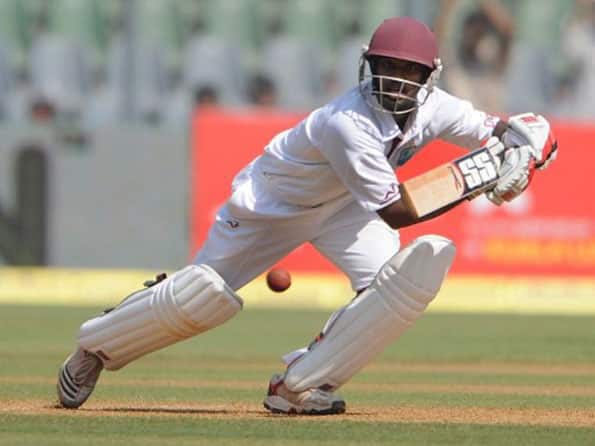 Adrian Barath has been battling with hamstring problem AFP

West Indies Cricket Board (WICB) director Baldath Mahabir says he is worried about the injuries in the regional side and has singled out opener Adrian Barath as a source of concern.

“We have had too many players breaking down over the past few seasons. I am particularly worried about two young players, Adrian Barath and Devendra Bishoo,” Mahabir told the Trinidad Guardian on Monday.

“Barath has been battling a hamstring problem for some time and he needs to take a closer look at his body and work on getting to understand what brings on the injury while he is not playing cricket. It is not only a problem for the WICB or the T&T Cricket Board (TTCB).

“The player has to do what is best for himself and try to work towards eliminating the possibilities of getting injured.”

Barath joined an elite band by scoring a century on debut against Australia two years ago but has made sporadic appearances for the West Indies because of injury.

He played only two Tests last year and also missed the two-match rubber against Pakistan in the Caribbean this year.

He returned for the three Tests against India at home but broke down during the one-day series against Bangladesh last month. He missed the ensuing two-Test series and the first Test against India in Delhi this month.

“When you look at Adrian playing you are almost nervous thinking that he would break down, so just imagine what he is going through mentally,” Mahabir said

“When a player is injury-prone, he cannot be 100 percent confident and this affects his play.”

Mahabir’s concern about Bishoo appeared to be based on the player’s slim build as the leg-spinner has appeared in every Test for West Indies since making his debut against Pakistan in May.

The 26-year-old played all five One-Day Internationals against the Pakistanis, finishing with 11 wickets, and has emerged as a consistent member of the Windies attack.

“Bishoo is probably playing too much cricket for his small frame,” Mahabir speculated. (IANS)