Barinder Sran was not picked in the first T20I, but has made an immediate impact in the second game against Zimbabwe.

India fast bowler Barinder Sran has wrecked havoc in the second T20I against Zimbabwe as he manages to register the best ever figures by an Indian bowler on T20I debut. Overall, he is just behind Bangladesh bowler Elias Sunny, who picked up a five-wicket haul on his debut against Ireland in 2012. Sran finished with 4 for 10 in his four overs. He first removed Chamu Chibhabha for 10 after an excellent catch by Ambati rayudu and followed it up by cleaning up Hamilton Masakadza for 10. Sran continued his rampage as he removed the experienced Sikandar Raza after KL Rahul took a smart catch in the gully area. Live Cricket Scorecard: India vs Zimbabwe, 2nd T20I at Harare

Things got better for the tall left-armer as he removed Tinotenda Mutombodzi for a first-ball duck. This has been a poor start for Zimbabwe and will be keen on bouncing back in this match in the next few overs. Pragyan Ojha is the only other bowler to have picked up four wickets on debut. Sran is making his debut alongside Dhawal Kulkarni and the pair become only the third pair to open the bowling for India. the first to do so were Zaheer Khan and Sreesanth in 2006, the second instance happened in the first T20I against Zimbabwe when Rishi Dhawan and Jaydev Unadkat bowled. Sran is also only the second Indian bowler after Ashok Dinda to pick up three wickets in a single over in T20Is. Live Cricket Updates: IND vs ZIM 2nd T20I at Harare

Earlier, it was Zimbabwe, who had won the toss and decided to bat first. They would have been high on confidence after posting a match-winning total of 170 in the previous game. India have however bounced back strongly and wil look to level the series from here. 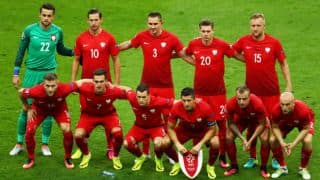