The Association is holding polls as per the directives of the Supreme Court-appointed Committee of Administrators.

The Baroda Cricket Association (BCA) will be holding its elections on September 27. As per the notice put up on its website, the elections will be held to elect President, Vice President, Secretary, Joint Secretary, Treasurer, Apex Council members (5), ground and infrastructure committee (7 members), finance committee (7) and press and publicity committee (7).

The notice is signed by electoral officer Varesh Sinha and joint secretaries Snehal Parikh and Amar Petiwale. The voting will be held from 10am and 5pm at Jyoti Gardens in the COA.

The Association is holding polls as per the directives of the Supreme Court-appointed Committee of Administrators (CoA), running Indian cricket.

The CoA had extended the date to complete the poll process to September 28 and the state associations have to give their names to the BCCI by September 28.

Nomination can be withdrawn on or before September 22 — 4 PM 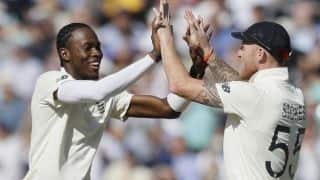