Johan Botha’s unexpected promotion to the number three position and his subsequent half-century ensured that Deccan Chargers’ poor run of form at the Rajiv Gandhi stadium in Hyderabad continued. 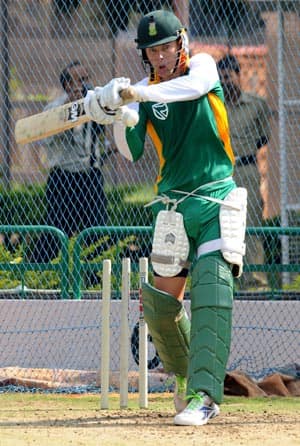 Johan Botha’s unexpected promotion to the number three position and his subsequent half-century ensured that Deccan Chargers’ poor run of form at the Rajiv Gandhi stadium in Hyderabad continued. The Royals won by eight wickets to start off the fourth edition of the IPL with a win.

Chasing 138 for a win, much like the Chargers, the Rajasthan Royals started off reasonably well in the first couple of overs of the innings. Wicket-keeper Amit Paunikar took to the left-arm spin of Pragyan Ojha in the very first over and followed it up with another two boundaries in the second over. South African speedster Dale Steyn was at the receiving end this time as the Royals moved to 19 in the first couple of overs.

Assistance for the Chargers came from unexpected quarters. It was Ishant Sharma, who looked refreshed from his break from cricket and sent down a three-over spell. The bowling was so full of pace and bounce and in some instances even seam movement that it would have reminded the Indian fans of the Ishant Sharma of old. While he came close to picking up a wicket on many occasions, he was unlucky to not get one but allowed only 10 off the three overs.

It was Steyn’s comeback over that saw the dismissal of Paunikar, edging one to the wicket-keeper for a 19-ball 20. The wicket had been set up by Ishant Sharma who beat him repeatedly.

This meant that the side was left with only 31 on the board at the end of the Powerplay overs and captain Warne was up to his old tricks again. He promoted Johan Botha to the top of the innings and the pair added 52 for the second wicket. They were slow to start off with but once they had handled the spin of Ojha and Amit Mishra, the runs began to come more freely.

Steyn’s third spell brought the breakthrough that the side needed, sending Dravid (28) back; bowled off a slower ball. The Chargers tightened the screws through Amit Mishra who conceded one in the next over, the 14th of the innings and despite nine conceded off the 15th over, the Royals still needed 45 from the last five overs.

The turning point of the game came in the next over when Mishra was late cut for a four before being carted by Ross Taylor for a six over square-leg. Left with no option but to bowl Steyn, Sangakkara had a chance when only two came in the 17th over.  However, Ishant’s penchant to bowl good-length in the slog overs cost the side dear as first, Botha top-edged one to the boundary and Taylor followed it up with a six over mid-wicket.

With only 15 needed off the last two overs, Botha got to his half-century with a brace and then swept Ojha away to the fence to virtually finish the game off. A six and a four in the same over sealed the Chargers’ fate and the Royals ran away winners by eight wickets and with seven overs to spare.

Earlier, the Deccan Chargers had frittered away a good start to their innings to end at only a mediocre 135 for 8 in their 20 overs. Siddharth Trivedi and Shane Warne were the wreckers in chief, as they conceded only 36 runs off their eight overs, picking up five wickets in the process.

Rajasthan Royals had won the toss and decided to field first due to the presence of some grass on the track. 40 came off the first five overs of the innings before Shikhar Dhawan was sent back for 24 (15 balls). Captain Kumar Sangakkara was dismissed for a duck while Bharath Chipli made only six before he became Trivedi’s second victim. poking at an outgoing delivery to the wicket-keeper. Sangakkara had failed to opening account and the Chargers ended the Powerplay overs at 44 for 2.

As soon as the six overs had elapsed, Warne brought himself on but the action continued to occur at the other end. Trivedi had Bharath Chipli inside-edging one on to the stumps as the side began to lose the momentum.

As soon as the Powerplay overs elapsed, Shane Warne brought himself on and bowled his four overs on the trot. He conceded only 21 in his four.

There were 20s from three other batsmen, Ishank Jaggi, Dan Christian and DB Ravi Teja, but none of them managed to convert the starts into anything more substantial, which pegged the Chargers to a rather moderate 137 in their 20. 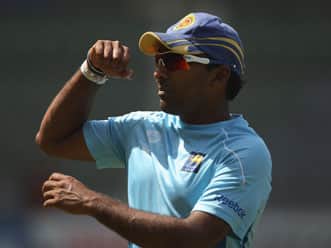