The incident took place in the first ball of the third over, bowled by Zhang Yu Fei himself.

All seemed going Japan s way in the first match of the 2016-17 East Asia Cup encounter against China at Sano International Ground on November 3. Captain Zhang Yu Fei held fort for China, coming out at 2 for 1 and batting till the end with a 65-ball unbeaten knock of 53, studded with 3 fours and 2 sixes. Unfortunately, there was no support from the rest of his team, who managed a mere 27 among themselves (19, if you take the extras away) as China finished on 80 for 9 after the stipulated 20 overs. The second-highest scorer, Han Junhui, scored only 5, while Pu Xianliang hit the only other boundary of the Chinese innings. The wickets were shared by the seamers Takuro Hagihara (4-0-14-2) and Kohei Wakita (4-0-15-3) as well as leg-spinner Makoto Taniyama (4-1-8-2).

It seemed an easy target for Japan. The second over, bowled by Wang Zihao, was eventful: there was a free hit that Ryoya Tsutsui missed; Tsutsui holed out to cover off the next ball; and another free hit fetched Taniyama a couple.

The incident took place in the first ball of the third over, bowled by Zhang Yu Fei himself. After the ball Taniyama needed a change in bat, and left the ground for the pavilion. Unfortunately, he informed neither Alan Curr nor Mihindu Perera, the umpires, before leaving. Curr and Perera conferred before ruling Taniyama retired out. It was a quirky dismissal, given that retired out dismissals are almost always voluntary. ALSO READ: Marvan Atapattu, Mahela Jayawardene become first to retire out in a Test match

China found more success when Jun Yamashita was dismissed. At 16 for 3 they probably sniffed a chance, but Japan captain Masaomi Kobayashi held firm with an unbeaten 35-ball 29 with 4 fours. China did not help their own cause by conceding 27 extras, 18 of which were wides. In fact, every single of the seven bowlers China used conceded at least 1 wide each.

Japan won by 6 wickets with 43 balls in hand. China s sole consolation came when Zhang Yu Fei was named Man of the Match. 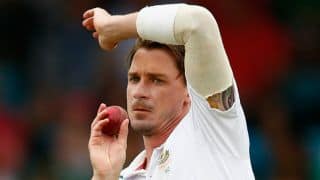 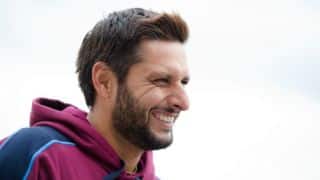