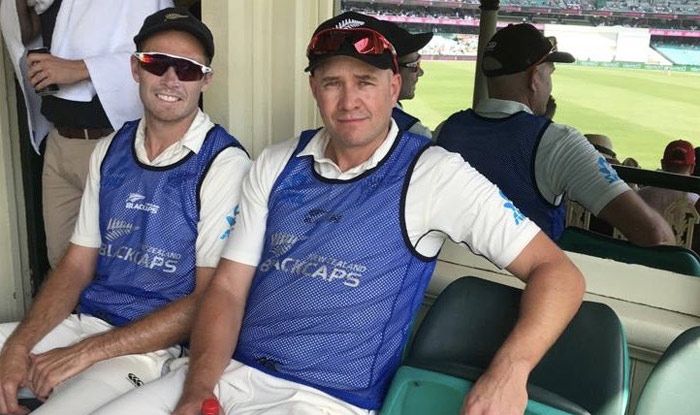 New Zealand cricket team’s horror tour of Australia continues with batsman Jeet Raval latest to be struck down by flu that forced regular captain Kane Williamson out of the ongoing series-ending Sydney Test.

Raval, a top-order batsman, walked into the side after Williamson missed the third Test due to illness but on Friday, he didn’t take field even as Marnus Labuschagne continued to punish New Zealand’s depleted attack with a maiden Test double-century.

Before that, New Zealand pacer Matt Henry was diagnosed with a fracture in his left hand but was cleared to bowling. However, his batting is “match dependent” meaning the touring party has just nine fully-fit batsmen now.

Kyle Jamieson replaced Raval in the field leaving Tim Southee the sole reserve fit to run the drinks. Such has been their plight that New Zealand batting coach Peter Fulton was pictured in Test whites sitting alongside Southee and apparently ready to take the field as a substitute fielder should the need arise.

“Peter Fulton is in the whites with Jeet Raval the latest to suffer from the flu 😷 Boys fighting on the park – Will Somerville with the early wicket of Wade 🏏” New Zealand Cricket Tweeted on Saturday.

New Zealand have already seen their pace duo of Lockie Ferguson (hamstring) and Trent Boult (fracture) being ruled out of the series due to injuries with Henry third to be injured. Apart from Williamson, batsman Henry Nicholls and left-arm spinner Mitchell Santner were also ruled out of the ongoing Test due to illness.

Australia have already bagged the series with handsome victories in the first two Tests in Adelaide and Melbourne and are looking at clean sweep at the Sydney Cricket Ground.