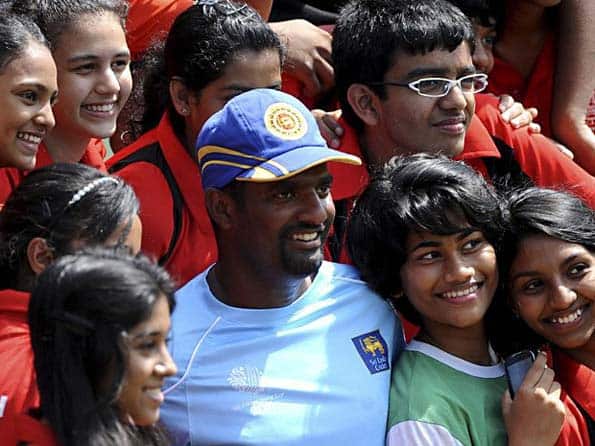 The record-holding wicket-taker in both Test and one-day cricket was rested for Sri Lanka’s opening warm up match against the Netherlands on Saturday, which the hosts won by a comfortable 156 runs.

“Murali is getting towards the end of his career and we want to make sure that he is mentally and physically fresh to play the game we want him to play,” said Bayliss of the spinner who has taken 800 Test and 519 one-day wickets.

Muralitharan has vowed to end his international career on a high at the end of the World Cup, which starts next week and is jointly hosted by India, Sri Lanka and Bangladesh.

Bayliss, who has also hinted leaving the job after the tournament, called on his team to be clinical in every match. “The word clinical was one of the words used at the team meeting before the practice match,” said Bayliss whose team faces the West Indies in their final warm-up match on Tuesday.

Hailing the victory over the Netherlands Bayliss, who took over in August 2007, said posting a big total of 350 was “pleasing”

Senior batsman Mahela Jayawardene was also rested — and Bayliss felt happy at the strength of Sri Lanka’s emerging talent as the side looks to a future without the talismanic Murali.

“There are some very good young players in the Sri Lankan line up and in the reserves as well. The future looks bright for Sri Lankan cricket.

Sri Lanka face Canada in their opening match at Hambantota on February 20, a day after the World Cup opens in Dhaka with a match between India and Bangladesh.