Australia’s Perth Scorchers have signed English bowling all-rounder Tim Bresnan as their international Big Bash League Twenty20 replacement player for David Willey, the club said on Monday. Bresnan will be available to play for the Scorchers in their January 11 BBL game against the Brisbane Heat at the Gabba, with Willey unavailable due to England team commitments. Willey has been called into England’s squad for the ODI and T20 International series in India later this month. Fast-medium bowler Bresnan, 31, has represented England across all three formats, with 23 Tests, 85 ODIs and 34 Twenty20 internationals.

The rankings are based on this term s One-Day Cup, with the top four MVPs in the north and south plus the best spinner, automatically qualifying for the 13-man squads. 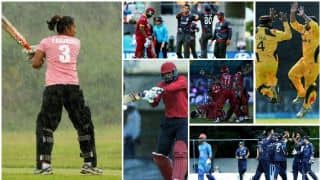 Year-ender 2016: Cricket in the hinterland