Sydney: Former Aussie pacer John Hastings will return to his native New South Wales after signing a one-year deal with the Sydney Sixers in the upcoming season of the Big Bash League (BBL). Hastings, who retired from first-class and one-day cricket last year, played seven years with the Melbourne Stars and captained them last season. But after a last-placed finish in 2017, the pacer has decided to head north to Sydney.

“It is nice to be back in Sydney actually, it brought back a lot of nice memories walking through that NSW cricket office,” Hastings was quoted as saying by cricket.com.au. “I’ve got an opportunity to come back and play with a lot of close friends of mine, Stevie O’Keefe was best man at my wedding and Moises Henriques and I played a lot of cricket together as juniors and Pete Nevill is one of my good mates as well,” he added. 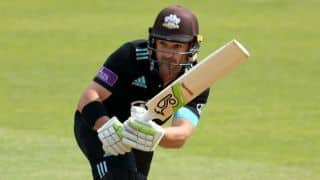