Bangladesh have won just 10 out of 108 games since getting Test status in 2000, losing six of their last seven. The BCB believes that a major reason for the crisis is players' lack of interest in playing Test and first-class cricket

Bangladesh Cricket Board plans to come hard on players who use various “pretexts” to avoid playing domestic first-class cricket, official sources confirmed. This is in keeping with the larger aim of boosting the Bangladesh Test squad which has suffered humiliating defeats in the West Indies. Bangladesh have won just 10 out of 108 games since getting Test status in 2000, losing six of their last seven. They failed to score 200 runs in any of their last six innings and were bowled out for 43, their lowest-ever total, in the Caribbean in the first Test.

According to Bangladesh Cricket Board officials, a major reason for the crisis is players’ lack of interest in playing Test and first-class cricket. “We have got a long-standing policy that the players will not be considered for the national team unless they play domestic first-class cricket. But whenever it comes to playing National Cricket League or other first-class matches our players show family reason or other pretexts to avoid it,” said BCB spokesman Jalal Yunus. “So far we have shown a soft attitude towards it. But now we will follow the policy strictly. Because we have noticed that a few players are not even interested in playing Test cricket,” he added.

Bangladesh did seem to make a resurgence in Test cricket in the past two years when they countered England and Australia quite well at home in the last season. They managed to square off the series with both the touring teams through effective performances from the likes of Mehedi Hasan and other young cricketers. But the growing apathy towards Test and first-class cricket is also being observed with the likes of Shakib and Mustafizur opting out of the format. The proliferation of T20 leagues around the world may be attributed as a reason for this trend. However, the followers of Bangladesh cricket would certainly want better representation in the longest format which will help strengthen the team and reap long-term benefits for cricket. 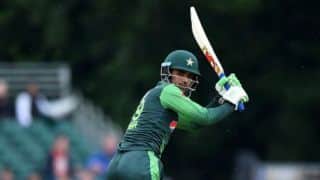