The BCB has decided it will issue no more than two No Objection Certificates (NOC) per year to its contracted players for overseas cricket leagues.

Dhaka: The Bangladesh Cricket Board (BCB) has decided it will issue no more than two No Objection Certificates (NOC) per year to its contracted players for overseas cricket leagues. According to an espncricinfo report, BCB CEO Nizamuddin Chowdhury said the board wants the top players to be free from injuries and fatigue issues, which is why the decision comes into effect immediately. The leagues included in the restrictions are of all formats, and the board has made it mandatory for players to participate in Bangladesh’s first-class tournaments. “It is a principled, policy decision of the board. We will allow two NOCs per year. It will be on a case-by-case basis and it is with immediate effect,” Chowdhury said. BPL 2017: Nasir warned for breaching BCB code of conduct

“We want to give them enough rest and manage their injuries. We want to ensure that all our players are available for international matches,” he added. In such a scenario, former Bangladesh skipper Shakib Al Hasan, who is part of most global T20 leagues like the Indian Premier League, Big Bash League, Caribbean Premier League and Pakistan Super League, will be among the biggest losers. But the BCB’s move met with strong criticism from Debbabrata Paul, Secretary of the Cricketers Welfare Association of Bangladesh, who said: “This cannot happen and this doesn’t happen anywhere in the world. It is being forced on the players.” “They are simply being deprived. We were not informed about it. We will definitely have to talk about it with the players,” he added. 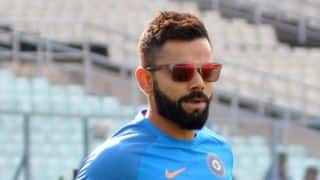