Under the new agreement, Bangladesh will play the series comprising two Tests, three T20Is and one ODI in three phases to make sure they are staying not more than a week.

The Bangladesh Cricket Board (BCB) president Nazul Hasan said on Sunday that they are sending a security team to Pakistan ahead of the national team s three-match Twenty20 International series tour. Hasan revealed that the national team will be accompanied by personnel from national security agencies during the tour.

The security team will travel to Pakistan a day before the team is scheduled to fly while National Security Intelligence (NSI), one of the top-most rated security agencies will be in Pakistan during the tour.

BCB and Pakistan Cricket Board (PCB) arrived at a conclusion that Bangladesh‘s upcoming tour of Pakistan would go ahead as planned, but the Bangladesh team will not stay in Pakistan for more than seven days at a stretch due to security reasons, for the three-match T20I series along with the two Tests.

Under the new agreement, Bangladesh will play the series comprising two Tests, three T20Is and one ODI in three phases to make sure they are staying not more than a week.

The tour starts with the three T20Is, scheduled to be played between January 24 and 27. The Tigers will return to Pakistan to play the first Test, starting on February 7 and return once again to play the lone ODI on April 3 and the second Test of the series will begin on April 5. Both Tests will be part of the World Test Championship.

“Yes, our advanced security team is going before we travel to Pakistan,” Nazmul told reporters at the Sher-e-Bangla National Stadium on Sunday.

“We will have security from NSI. They will go first while some of them will arrive later. We will ensure best preparation from our side. I am trying for that.

We did not want to discuss about the security now. There were some concerns raised. There is nothing to worry about. The tension is about playing. Performing naturally isn’t easy if you are worried about something else. So it is hard to play cricket if you are not mentally at peace. And T20I is high intensity game. The game could change any moment. So, I told them to play without worries. I will stay with them.”

Hasan said he is convinced with the security plan provided by the PCB. “We will have the top most agencies of our country – NSI and DGFI. As far as I know, their representatives will be waiting before we reach. And one will be with us. We will have people from both the agencies. We know that. We have planned that and we have discussed about that,” said Nazmul.

“I have seen the security plan of PCB. There is nothing more they could do. But there could be uncertainty at any time. But we will have to remember that this is not just a bilateral series, there are Test Championship matches ahead. This is sort of World Cup. After T20I and One-day, they have started Tests on home and away basis. So there is no option. As a full-member of ICC, we need to participate. There was pressure. I think after playing this T20I series, we will be able to realize what the situation is and if we have some problem, we will be able to discuss.” 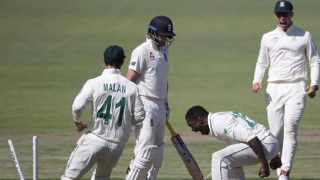 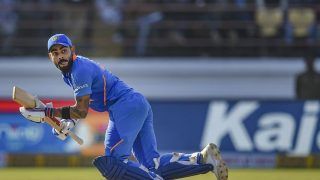