The Lodha Panel reforms states that a cumulative period of nine years for any BCCI office-bearers (separate 9 years for state units) with three-year 'cooling off' between every term.

New Delhi: The BCCI’s eight-member committee today deliberated on the issue of three-year ‘cooling off’ period with a couple of alternate suggestions, including a 12 -year tenure for office bearers in the proposed draft bill of National Sports Code. The Lodha Panel reforms states that a cumulative period of nine years for any BCCI office-bearers (separate 9 years for state units) with three-year ‘cooling off’ between every term. “Nothing was minuted but there were some alternate suggestions discussed. One suggestion was office-bearers can have two straight terms of four years (total eight years) followed by four-year cooling off and a third (final) term of four years. CoA prepared to implement SC-mandate, says Vinod Rai

“This is what is there in National Sports Code’s draft bill. This was discussed at length,” a committee member told PTI on conditions of anonymity. The other proposal was to have a straight nine-year term without any ‘cooling off’. “This was also deliberated as some members felt that let’s propose a full nine-year term without any breaks if 12 years with one break is unacceptable,” the committee member said. Tenure has been an issue with a lot of officials including Sourav Ganguly, who will have to relinquish his office on July 14 if one strictly adheres to Lodha reforms.

Ganguly in fact joined the meeting via Skype from London. It was learnt that ‘One State One Vote’, increasing the number of selectors from three to five are issues that will be mentioned. “For Niranjan Shah, the issue was age cap of 70 years and he has objections,” the source added. The BCCI’s acting secretary Amitabh Chaudhary said that they will have another meeting in Mumbai on July 7, the second and last of this committee during which they will try to “bring down the gamut of difficulties to three or four”.

“We are determined to translate the order of highest court of land. We have a few difficulties which we will bring before Committee of Administrators (COA) and Supreme Court. We have identified those difficulties as we travelled the distance today,” said Chaudhary. “There’s still however some distance left, we will travel some distance on 7th of July. That’s the second and last meeting, 2 pm Mumbai. On 7th, the final die will be cast,” the former Jharkhand top cop said.

An issue cropped up wherein Chaudhary and ‘disqualified’ Shah were seem to be pulling in different directions concerning latter’s technical status in the committee. Shah today told reporters that he is a “member of the committee” while Chaudhary later clarified that “he is only a special invitee”. Asked about contrary statements, Chaudhary cut the discussions short.

“Don’t get into semantics on technical status of a person,” he said. On a different note, Chaudhary also informed that he will be checking the new application of coaches only after July 9. “I will check applications only after July 9 (last date of receiving application). The idea is to finalise a coach before Indian team embarks on their tour of Sri Lanka.”

He also said that Anil Kumble’s dues have been cleared. 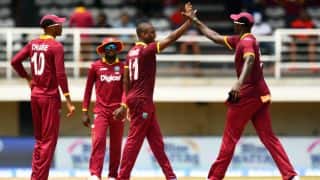