There have been reports of BCCI wanting to expand the IPL to a 10-team event with the likes of Adani Group and Sanjeev Goenka's RPG showing interest in owing franchises.

Addition of two new teams in the Indian Premier League and appointment of new selectors are among the key discussions set to take place at the Annual General Meeting of the BCCI on December 24. The board has sent reportedly sent a 23-point agenda to all its affiliated units 21 days before the AGM as per the norm.

The AGM will be held amid uncertainty over the future of BCCI president Sourav Ganguly and secretary Jay Shah with their tenures expiring earlier this year as per the new constitution of the cricket board.

BCCI’s proposed amendment to the constitution has been listed to be heard on December 9 by the Supreme Court.

There have been reports of BCCI wanting to expand the IPL to a 10-team event with the likes of Adani Group and Sanjeev Goenka’s RPG showing interest in owing franchises.

There will also be discussion regarding the appointment of new BCCI selectors along with chairman as well.

The umpire sub-committee is to be formed as well.

The election of a new vice-president, a position that has been lying vacant since the resignation of Mahim Verma, is among the key topics.

Among the topics will be India’s Future Tours Program for 2021, preparation with regards to next year’s T20 World Cup (including ICC tax issue) and inclusion of cricket in the 2028 Los Angeles Olympics.

#Election of 2 representatives of General Body in IPL Governing Council.

#Adoption of Ombudsman and Ethics Officer

#Adoption of Cricket Committees and Standing Committees as mentioned in Rules 26 and 25 respectively.

#Appointment of Umpires Committee in Rule 27.

#Approval of two new teams to the IPL.

#Discussion on BCCI’s stand on inclusion of cricket in Los Angeles Olympic Games in 2028.

#To update on NCA matters.

#To update on India’s FTP Program. 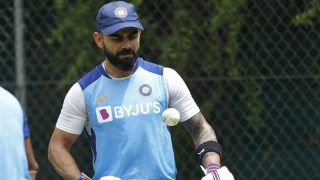 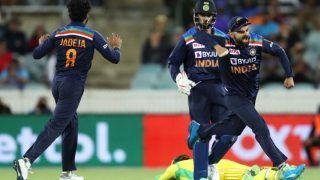