Retired Supreme Court judge AK Patnaik said that interim president of Board of Control for Cricket in India (BCCI) Shivlal Yadav can go ahead and call for the Annual General Meeting (AGM) unless the board officials have other intentions.

“Why can’t the AGM be held in time in the absence of Srinivasan. I am not sitting on the judge chair but can express my views now. Interim-president Shivlal Yadav can sign the account papers and can call for the AGM now,” Patnaik was quoted as saying by the Deccan Chronicle.

“This is if they want but here is what their chalaki (cunningness). Shivlal has been functioning his duty as ‘official president’ and if there is no modification in the order which was passed by us, he is free to hold AGM,” Patnaik reiterated. “Only Sunil Gavaskar’s appointment was till the IPL but Yadav can discharge all his powers till further order [or election results],” he added. The SC bench comprising of Justice T.S. Thakur and Justice F.M. Ibrahim Kalifulla had recently refused to reinstate Srinivasan as president of the board.

A few board members are meeting in Chennai today to discuss the fate of the AGM scheduled to be held within September 30 but majority of members want it to be postponed till the SC-appointed Mukul Mudgal committee submits its final report on the Indian premier League spot-fixing and betting on the first week of November. 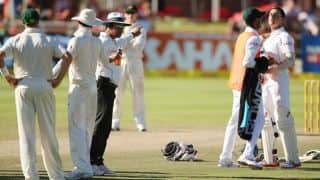