BCCI's annual general meeting is likely to be delayed as several state bodies are yet to comply with the new constitution.

BCCI‘s annual general meeting is likely to be delayed as several state bodies are yet to comply with the new constitution including Tamil Nadu Cricket Association (TNCA) which has sought few clarifications filing an affidavit before the Supreme Court.

READ: BCCI partners with All India Radio for live commentary

The BCCI AGM is scheduled for October 22 and the Committee of Administrators (CoA) had recently extended the deadline for the state associations to hold elections from September 14 to September 28.

CoA has already stated that those state units which fail to meet the deadline to hold elections won’t have a voting right in the AGM.

“The Supreme Court is yet to hear our plea and we believe it will come up before October 22,” a TNCA official was quoted as saying by The New Indian Express. “Without that hearing, we won’t be able to hold elections. Even in the affidavit, we have mentioned that CoA cannot go ahead with the BCCI AGM until our side is heard.”

While the deadlock continues and might last at least a month, the report further quoted an official associated with CoA as saying that sticking to the deadline is tough since multiple associations have issues or are partially compliant. “CoA doesn’t have it in them to deny anybody of voting rights. If it is one unit, you can suspend them. But this is a different case altogether. TNCA, KSCA, MPCA, Haryana, Chhattisgarh all have issues, and pleas pending before the court. And then there are another 10 units that are partially compliant, and there are just 18 more days. Unless the hearing happens in Supreme Court, sticking to the deadline will be tough,” the official said. 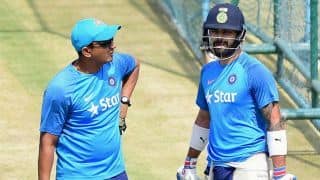 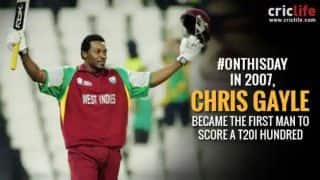