The decision was taken during a meeting of the BCCI's women's cricket committee on Wednesday.

New Delhi: In a significant move, the Board of Control for Cricket in India (BCCI) is all set to allow women players to play in tournaments like the Women’s Big Bash League (WBBL) and Women’s Super League (WSL). The move is seen as a step further in developing the women’s game after the cricket board planned to introduce central contracts for them. “India’s women cricketers can now play in overseas leagues in Australia and England, subject to their contracts being approved by the BCCI.” Women’s Super League 2016: Anurag Thakur says BCCI yet to decide over participation of Indian cricketers

“The decision, taken during a meeting of the BCCI’s women’s cricket committee on Wednesday, the paves ay for India’s players to take part in tournaments such as the Women’s Big Bash League in Australia and the Women’s Super League in England,” espncricinfo.com reported on Thursday. However, BCCI’s announcement may have come too late, as the inaugural WSL will be held from July 30 to August 14 and the Indian board is yet to decide on the issue when the England and Wales Cricket Board (ECB) sent a letter to all full members seeking their permission to enlist players. Women’s IPL: Meg Lanning, Charlotte Edwards want BCCI to start IPL-like tournament for women

The ECB signed up 18 overseas players — from Australia, New Zealand, South Africa and the West Indies — and unveiled its final squad lists in April. Similarly, in the inaugural WBBL, there was no Indian representation in any of the franchises. With Indian Women cricketers getting the opportunity to play in overseas leagues, it will go a long way in helping them grow in the game. It may also help them push BCCI for Women’s IPL. 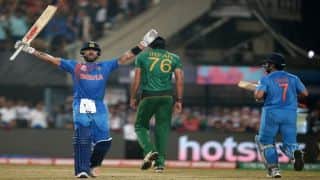