According to a report, the board employees were informed of the development on Monday.

The Board of Control for Cricket in India (BCCI) has appointed Hemang Amin as its interim CEO after accepting Rahul Johri’s resignation last week.

According to a report by news agency IANS, the board employees were informed of the development on Monday.

Amin is the current IPL COO and is reportedly commands immense respect within the setup for his hard work.

“The right man for this charge. To be very honest his contribution to the BCCI has been miles ahead of Johri and he did the real work for most of the commercial deals of the BCCI,” IANS quoted an unnamed BCCI functionary as saying.

A former office bearer and Amin’s ex-colleague also praised Amin. “Sincere, competent, has the best interests of BCCI at heart and also writes his own emails,” he said.

Amin reportedly played a major role in doing away with the IPL opening ceremony last year and donating the money to Pulwama martyrs’ families.

Meanwhile, Johri had sent his resignation last December which BCCI accepted on Thursday, asking him to leave via email. Allegations of sexual harassment and leak of financial information may have played a major role in his exit from the board. 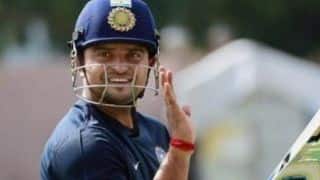 Rishabh Pant, Suresh Raina Hit The Nets to Get Back in The Groove