Johri was dragged into the #MeToo movement after an anonymous woman alleged that she was sexually harassed when he was her colleague at a satellite TV channel.

The Board of Control for Cricket in India received a sudden jolt when its CEO Rahul Johri was dragged into the #MeToo movement after an anonymous woman alleged that she was sexually harassed by Johri when he was her colleague at a satellite TV channel.

Johri was subsequently asked to skip the International Cricket Council (ICC) meeting in Singapore in lieu of the alleged complaint, part of the global #MeToo movement.

According to a report in ESPNCricinfo on Tuesday, Johri has been sent on leave to prepare the explanation with the BCCI s Committee of Administrators giving him one week to reply.

“It is a purely anonymous complaint,” CoA chief Rai was quoted as saying in the report.

“It is on an unknown Twitter handle and it pertains to a period much before he [Johri] joined BCCI. The CoA felt it would only be fair to us and him that we give him a chance to explain.

The former Comptroller and Auditor General (CAG) said that Johri s version was paramount considering he is BCCI employee and the Board s image is at stake.

It remains to be seen how the CoA goes about handling the case specially when the complainant has not identified herself or written to the CoA directly. The report added that other arbitrators who will judge Johri’s submission will be the BCCI’s legal team and, if required, the Complaints Committee, which was constituted in April this year under the Sexual Harassment against Women at Workplace Act 2013. 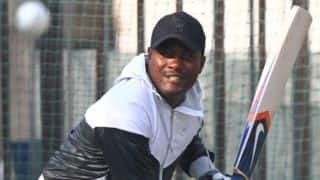