Verma claimed neither Yadav nor Shukla is eligible to contest Board presidential elections.

Mumbai: Citing conflict of interest, Cricket Association of Bihar Secretary Aditya Verma claimed that as per last month’s Supreme Court order neither interim BCCI chief Shivlal Yadav nor vice-president Rajiv Shukla is eligible to contest for the post of Board president at its elections.

According to Verma, who was the petitioner in the IPL spot-fixing case filed in Supreme Court which in its January 22 verdict barred sidelined BCCI president N Srinivasan from contesting Board elections, Yadav’s son is employed with IPL side Chennai Super Kings which is owned by India Cements.

Srinivasan is the Managing Director of India Cements. “It clearly shows that Yadav is hand in glove with N Srinivasan,” Verma said. Verma said he has also written to the chairman of the Security Exchange Board of India requesting him not to allow the sale of CSK shares to any other company “because CSK is currently under probe of the Justice Lodha committee constituted by Supreme Court.”

He also threatened to file a contempt petition against the BCCI in case the Board failed to announced the date of its AGM by February 11, as he pointed out that the Supreme Court had ordered the Board to hold its election within six weeks. He was referring to the 21-day notice of AGM that needs to be given to all Board members once the date is fixed. 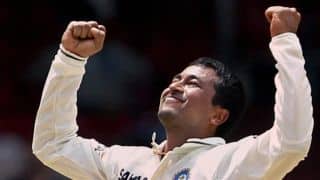