Cricketers Paras Dogra, Gautam Gambhir and likes have been part of these tournaments earlier.

Since the inception of Indian Premier League (IPL), several countries have come up with their own version of T20 leagues. Within India, the South Zone have their own T20 leagues as well. However, there are certain T20 tournaments that are being conducted under the names of Indian Junior Players League (IJPL) and Junior India Player League (JIPL). These leagues have misused the name of BCCI and they have special message for these unauthorised leagues.

In BCCI’s press release, secretary Amitabh Choudhary states This is to bring to your notice that any matches, camps tournament and/or series organized by IJPL and JIPL (collectively the Leagues ) or any activity undertaken by the said Leagues are not being conducted by the BCCI/IPL and are in no way associated with any activities undertaken or approved by the BCCI/IPL or their representatives. We also hereby confirm that any websites under the domain names of www.ijplt20.com, www.ijplth.com and/or www.junioripl.com are in no way connected to or associated with any activity of the BCCI/IPL.

BCCI have also issued warning to the players who are part of the Indian board and are side-by-side participating in the above mentioned tournaments. BCCI also requested the tournaments to stop the usage of their logos on these T20 league websites and other promotional events.

Cricketers Paras Dogra, Gautam Gambhir and likes have been part of these tournaments earlier. However, they have stated in writing that they have withdrawn all support and are no longer associated with the said unapproved Leagues. 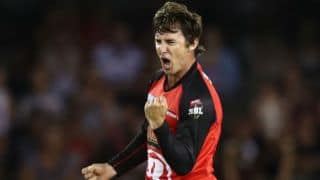