There were rumours this afternoon that Ravi Shastri has been appointed for the top job. However, BCCI soon turned down the reports.

BCCI denied appointing Ravi Shastri as India Head Coach. The Cricket Advisory Committee (CAC), consisting of Sachin Tendulkar, VVS Laxman, and Sourav Ganguly, was to announce the final verdict on July 10. However, Ganguly later told media that they would announce the coach following a discussion with captain Virat Kohli, after a few days. All the same, Chairman of Committee of Administrators (COA), Vinod Rai, overturned the decision and requested BCCI as well as CAC to announce it by Tuesday (today).

There were rumour this afternoon that Shastri has been appointed for the top job. However, BCCI soon turned down the reports.

“No decision has been made on appointment of new coach. The CAC is still deliberating over it. There is no truth in what has been running,” stated BCCI Secretary Amitabh Chaudhary.

Shastri had served India as Team Director before Anil Kumble took over as the coach. Although Shastri had applied for the same post, CAC — following a set of interviews — had appointed Kumble, giving him a year’s contract.

Shastri had then criticised Ganguly, who later cleared the air, telling news channels, “He [Shastri] is living in a fool’s world if he thinks he is not the coach of India because of me. There are people who are more reputed in the committee than I am.”

As a matter of fact, Shastri was with India during 2015 World Cup. Under his guidance, India reached the semi-finals, losing to eventual champions Australia. He was also guided India to the semi-final of 2016 WT20. Not to forget that he was the manager of the team post 2017 World Cup debacle until India employed Gary Kirsten as the coach. That said, Shastri still is in top contention for the job. 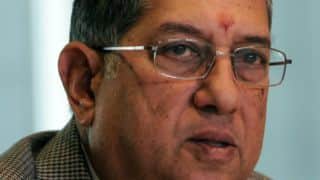 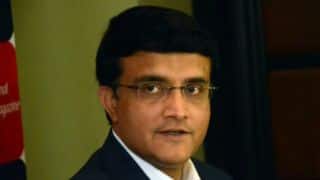