The Board of Control for Cricket in India (BCCI) has decided to employ the services of its own Anti-Corruption Unit.

The Board of Control for Cricket in India (BCCI) has decided to employ the services of its own Anti-Corruption Unit (ACU) for the upcoming season of Indian Premier League (IPL) citing high cost.

As per a report in The Indian Express, the main reason behind BCCI’s decision to discontinue the services of ICC’s ACU is financial related as for the previous edition of IPL, the Indian board had to shell out close to INR 3.1 crore.

The Committee of Administrators (CoA) chief Vinod Rai says the decision is logical since they can employ the services of Indian ACU officers at one-tenth of the cost.

We have decided to discontinue ICC ACSU wing from this season onwards. We have been hiring ICC s ACSU services for the past ten years now. Why should we not hire our own people? Rai was quoted as saying in the report.

Explaining the move, Rai said, “There was no logic, because we are paying 10 per cent (to India ACU officer) of what we are paying to them (ICC ACSU). Why should we not hire our own people, why should we hire other people?”

The BCCI recently announced the schedule for the first two weeks of IPL 2019 and “subject to the announcement of the Lok Sabha 2019 election dates.” 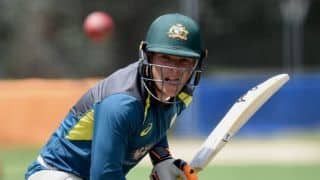