India could pull out of the upcoming Champions Trophy cricket tournament in England if the raging issues over Laxman Sivaramakrishnan's appointment in the ICC's technical committee were not addressed to their satisfaction. 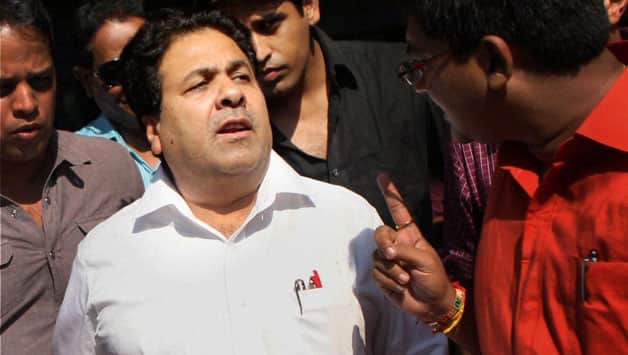 India could pull out of the upcoming Champions Trophy cricket tournament in England if the raging issues over Laxman Sivaramakrishnan‘s appointment in the ICC’s technical committee were not addressed to their satisfaction.

Although the BCCI was not willing to take such a step as of now, it did not completely rule out the possibility of a pull-out if the outcome of the International Cricket Council (ICC)’s inquiry into the matter did not go in their favour.

“Currently we have decided to participate in the Champions Trophy. But everything will depend on the outcome on the issue of Sivaramakrishnan’s appointment in the ICC’s Technical Committee”, top BCCI official Rajeev Shukla said.

As the controversy over Sivaramakrishnan’s appointment raged on, the BCCI received support from its Asian allies Sri Lanka and Pakistan who claimed allegations of the Indian Cricket Board forcing a re-vote were baseless.

The furore over the appointment seemed to have created a rift in the cricket world with the Asian countries throwing their weight behind BCCI, which is apparently unhappy with all the noises being made over the former leg-spinner’s appointment to the current player’s committee.

Sivaramakrishnan, who is employed by the BCCI as a commentator, replaced Tim May on the cricket committee on May 6, an appointment that attracted criticism from various quarters.

The furore over the Indian’s appointment was caused following allegations that BCCI forced a re-vote to get Sivaramakrishnan on the committee after May won the initial vote 9-1.