Deccan Chronicles Holdings Limited s (DCHL) rejection of the sole bid from PVP Ventures Limited to buy the Indian Premier League franchisee Deccan Chargers has put the Board of Control for Cricket in India in a fix. 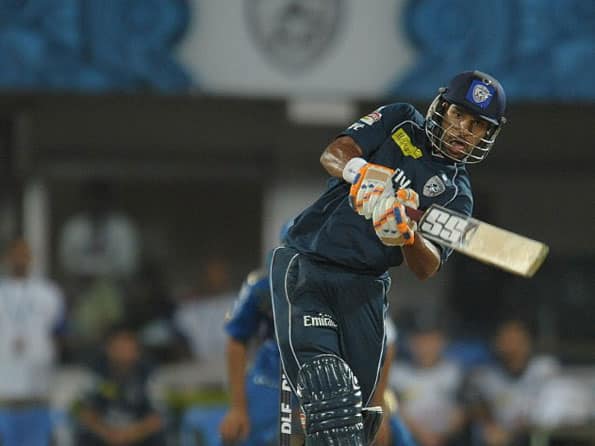 Deccan Chronicles Holdings Limited s (DCHL) rejection of the sole bid from PVP Ventures Limited to buy the Indian Premier League (IPL) franchisee Deccan Chargers (DC) has put the Board of Control for Cricket in India (BCCI) in a fix.

As soon as DCHL rejected the bid on the basis of payment terms offered, BCCI started discussing on the future course of action.

“We are exploring options as to what is to be done. The deadline given to the DCHL expires at 5pm on September 15. Only then can the working committee (meeting in Chennai) take a call on the matter,” a top board official was quoted as saying by Mid-Day on Thursday.

According to the official, BCCI has two options left to ensure smooth running of the IPL VI. “First, we will have to wait for two more days to see whether they find a buyer who is ready to buy the franchise with all its liabilities. Secondly, they (DCHL) can reveal that they failed to sell the franchise. In that scenario, the board would have no other option but to scratch off the franchise and invite for fresh bids. We will then also have the right to encash the bank guarantee and pay the pending salaries of the Chargers players for the fifth edition,” the board official told MiD DAY.

However, if the franchise is terminated, the “as is where is” clause will no more be applicable. “Then we would have the right to sell the franchise to anyone based anywhere within the geographical boundary of the country and can be named according to the successful bidders wish,” the official added.

Meanwhile, BCCI has made it clear through a media release that the PVP Ventures bid was in accordance with the IPL rules.

“The bid that was received by DCHL met the BCCI s eligibility and suitability criteria,” said the release.

They also announced that the offer given by the bidders was not acceptable to the DCHL and the board had no role to play in that. “The bid was then reviewed by DCHL who, in its discretion and with no role being played by BCCI, rejected the bid on the basis of the payment terms offered by the bidders,” the release added.