The decks for India's tour of South Africa may get cleared by the third week of this month as Board of Control for Cricket in India (BCCI) has invited Cricket South Africa (CSA) president Chris Nenzani for discussions on the proposed bilateral series. 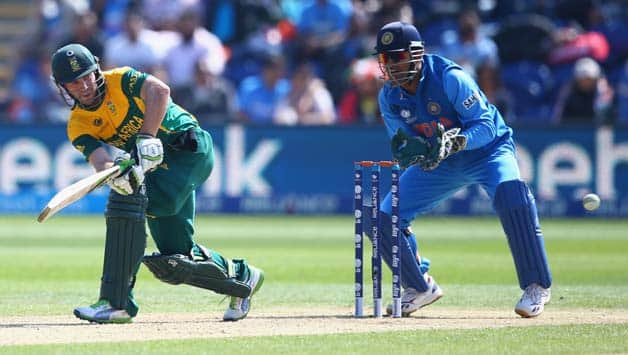 The meeting will be between BCCI and President of Cricket South Africa. Haroon Lorgat w © Getty Images

The decks for India’s tour of South Africa may get cleared by the third week of this month as Board of Control for Cricket in India (BCCI) has invited Cricket South Africa (CSA) president Chris Nenzani for discussions on the proposed bilateral series.

Interestingly, CSA’s chief executive Haroon Lorgat has not invited for the discussions which could help both the Boards chalk out a decisive roadmap regarding the fate of series.

“I have sent a formal invitation to the CSA president to come to India for a detailed discussion regarding the series.

The dates of the proposed meeting is yet to be chalked out but the venue will either be Mumbai or Chennai. Once CSA informs us on the schedule of the president, we will announce the date of the meeting,” said BCCI Secretary Sanjay Patel.

Asked whether Lorgat will also be present for the meeting, Patel gave a curt response, “No”.

“The invitation has only been extended to the president of the Cricket South Africa,” he said.

Patel informed that he has been in talks with the South African Board for some time now.

“I had earlier informed the CSA that any discussion regarding the tour will only happen after the BCCI AGM. Once I took charge after the AGM, I started the dialogue with Cricket South Africa. After having a round of discussions, I decided to extend an invitation to their president. He will meet the BCCI president as there are a host of issues to be discussed.”

Patel also informed that he has expressed BCCI’s dissatisfaction about CSA’s decision to unilaterally announce the schedule of India’s tour that contains three Tests, seven ODIs and two T20 Internationals.

“I had specifically asked the CSA officials as to who was the person in their board that decided on schedule and itinerary of India’s tour. In a bilateral series, the consent of both boards is important while drawing up the schedule,” Patel added.

Patel also said that there were no legal ramifications about the tour being in jeopardy at the current moment.

“Normally, the agreement between the two boards are signed on a home and away basis. Let alone the fixture, we haven’t yet signed the agreement of the series, so the questions of legal ramnifications do not arise at all,” Patel said.

The Baroda Cricket Association boss however didn’t give a straightforward answer as to whether the series is on or not.

“Obviously we want to play but the rights and privileges of BCCI are paramount to us,” Patel added.

Brett Lee's pet puppy is as fast as Usain Bolt!