The Board of Control of Cricket in India (BCCI) finally gave a glimpse of the pink balls that would be used for India’s historic day/night Test against Bangladesh which starts from November 22 at Eden Gardens, Kolkata. In a video shared by BCCI on Twitter, a member of the Indian team opens the box which contains the SG pink balls that will be used for the Test. He then picks up the pink cherry as the camera zooms in closer to give a clearer look at it.

The Indian cricket team in Indore had a session in the nets with the pink ball as well. BCCI captioned the video: “Looks who’s here – unboxing the Pink cherry. #TeamIndia had a stint with the Pink Ball at the nets today in Indore.”

Looks who’s here – unboxing the Pink cherry 😃😃#TeamIndia had a stint with the Pink Ball at the nets today in Indore #INDvBAN 👀👀 pic.twitter.com/JhAJT9p6CI

While some fans liked the change, some ridiculed the move. Here is how fans reacted to the new pink balls.

If bcci orders new pink balls where would we get old ball if we need to change the ball in middle of the innings?

So batsmen would be popping the cherry?

That’s the colour in vogue these days in India

I have never seen a Day-Night Test Match on TV that’s why I am more excited for the 2nd Test compared to the 1st one. #INDvBAN

According to a report in IANS on Tuesday, a BCCI official confirmed the development and said that sessions have been re-planned keeping in mind the need to call stumps by 8 pm as the ball would get really wet if play carried on post 8 pm in Kolkata in late November.

“Keeping in mind the dew factor, the BCCI approved CAB’s request to change the playing hours in the second Test. While play will start at 1 pm, the first session will end at 3 pm. The second session will start from 3:40 pm and continue till 5:40 pm. The final session will be played from 6 pm till 8 pm,” the official said. 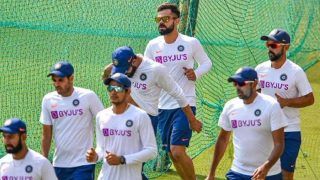 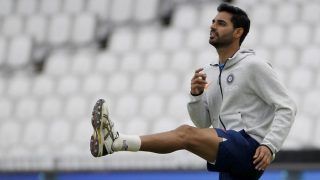