The BCA chief said that asked Karim shouldn't be a part of any act that puts the future of talented cricketers in the state in jeopardy.

The Bihar Cricket Association (BCA) chief Jagnnath Singh also an advocate has sent a legal notice to BCCI GM Cricket Operations Saba Karim for interfering in the process of the age-verification test of the U-16 players by anti-doping manager Abhijit Salvi.

According to the BCA chief, Karim stopped the checks once the players picked by the disqualified committee of the BCA led by Gopal Bohra and Rabi Shankar Prasad Singh were tested.

In the notice, the BCA chief has pulled up Karim for interfering in the process of the AVP (age verification programme) Medical Examination of the players selected for the U-16 age group by the committee of BCA led by the president.

“With the situation at the clinic griming, I was apprehensive of any un-toward incident taking place and contacted you on telephone, you again did not pick my call and I sent you a message. The facts stated clearly demonstrate that you are bent on disobeying the emails/orders of the Committee of Administrators (CoA) appointed by the Supreme Court,” he wrote in the notice.

Singh’s message to Karim after the tests were stopped read: “Saba Karim, when Salvi was ready for medical test of players of both the factions, you forbidden (sic) him telephonically not to do the medical test of 57 players of under 16 age group on the ground that CoA has only directed for medical of players notified by Bohra led committee of BCA.

“If any ugly scene is created by players you will be solely responsible for your wrong exercise of power in the name of CoA of BCCI.”

The BCA chief further asked Karim to remember that he holds a public position and shouldn’t be a part of any act that puts the future of talented cricketers in the state in jeopardy.

“You should not forget that you are holding a public post in the BCCI as GM Cricket Operations and from the above actions, it is abundantly clear that you are bent upon allowing the disqualified committee to sell out the talent of Bihar. You should refrain from taking part in the politics of Bihar. Through this legal notice, I would like to request you to please refrain from doing all such acts. You should also not forget that none is above the law,” he warned.

Singh had written to the CoA on Sunday, informing them that nothing has changed in Bihar and that the disqualified committee of the BCA-led by Gopal Bohra and Rabi Shankar Prasad Singh are still calling the shots in all matters related to the BCCI. 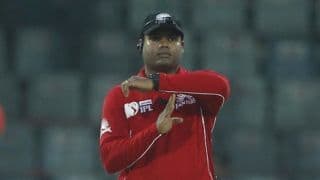 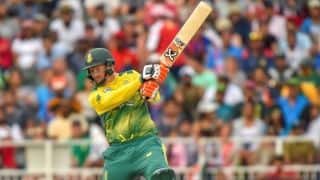