The head of ICC's Women's Committee, Clare Connor, gave a huge thumbs up for the Women's World Cup that concluded on Sunday and said the tournament is a huge success and has raised the profile of the women's game. 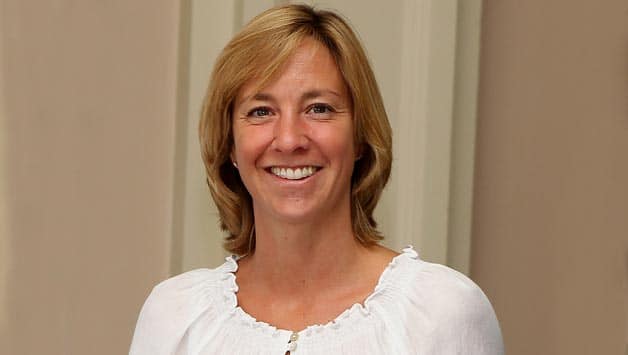 The head of ICC’s Women’s Committee, Clare Connor, gave a huge thumbs up for the Women’s World Cup that concluded on Sunday and said the tournament is a huge success and has raised the profile of the women’s game.

“It has been a huge achievement, a huge success in raising profile, in terms of the number of people who have tuned in, in countries where it has been televised,” the former England women’s cricket captain said.

While conceding that the early exit of hosts India “meant that some of the profile got lost a little bit,” Connor, who is heading England and Wales Cricket Board‘s women’s panel, praised the quality of play in the tournament.

“The standard has been so good, the level of competition across different teams, including West Indies and Sri Lanka. We have seen a real shift in terms of standards. We have got more and more women bowling at over 70 miles an hour. Deandra Dottin and Eshani Kaushalya have hit huge sixes. The number of hundreds scored at this tournament has been sensational,” said the 34-year-old former player.

Expressing disappointment over India’s seventh-place show, Connor said though there are some brilliant players, the overall standard of the team has slipped.

“They have some brilliant players, but they didn’t even make it to the Super Six. Generally, India have been strong but other teams are overtaking them. Sri Lanka and West Indies have accelerated so much in the past four years. The Indian players and the support staff will look to the BCCI for more support.

Blaming the Indian players for the slump, Connor also wondered whether they got enough support from the Board.

“There is such passion for cricket in this country. It probably asks the question whether women have had the support they deserve, because their standards have slipped. While that is partly the responsibility of the players I don’t think they had as much support going into this tournament as they would need.”

“That is a shame because they were the hosts and we wanted to bring the World Cup to India because of the passion for the game. It is a shame they didn’t make it further in the tournament. If there is more support from the BCCI, then standards will rise.”

Connor hailed the skills of some Indian players like veteran Jhulan Goswami.

Connor singled out the advent of T20 for raising the standard of women’s cricket in general.

“It is T20 that has kicked on the skill levels. Since we have played more and more of it over the past four years, the athleticism, the strength, the boundary-hitting have become much more commonplace in the women’s game.

“The (50-over) World Cup is the pinnacle tournament for the women in terms of what they as players want to win. But it is definitely T20 that is going to generate more and more profile. With the World Twenty20 being a joint event with the men, that is great exposure,” she said.

However, she did not see the possibility of the 50-over World Cup for women being held concurrently with the men’s mega event, like its T20 version.

“It should be strong enough to stand on its own feet. It whould be a tough logistical operation to have two 50-over World Cups running at the same time in terms of venues, training facilities. If you have a women’s World Cup at the same time as the men’s, probably it will not get the attention it deserves,” she said.

“It is something that needs to be reviewed. There is more and more investment going into the women’s game from the ICC. For me, personally the disappointment is that the BCCI has not pulled its way as much as it could have done for the Indian women’s team and to support the profile and exposure of this tournament,” she added.

Connor reiterated that the women’s game should be able to stand on its own with the way it’s growing with even the nations like Afghanistan and Papua New Guinea taking up to it.

“It has to stand on its own feet. It is a brilliant spectacle in its own right. The players are talented and they deserve support. The way the game is growing, and in countries where we would have never expected it to, like Afghanistan and Papua New Guinea.

“The fact that Pakistan came to this tournament despite the political circumstances, there is a real belief in it.  Women’s sport is on a journey and we cannot expect things to click overnight. We have got to win hearts and minds and I hope this tournament has done that,” she said.

Connor also praised the West Indies board for supporting the women’s game, that has resulted in the team entering its maiden final in the tournament that ended yesterday.

“Four years ago, West Indies were not playing much cricket and there were questions about them retaining their ODI status. Following integration, the WICB have backed the women’s game hugely.

“That is a great message that by backing it and giving it people such as the coach Sherwin Campbell, giving it specialist coaching, it turned the West Indies team around in a short period of time.

Asked whether Indian women needed a male coach, she said the best person irrespective of gender needs to be appointed.

“It has to be the best person available for the job. The New Zealand team are coached by a woman, Katrina Keenan. I don’t think it matters if the coach is male or female. It has to be the person who has the best approach and ideas about taking the team forward.”

Indian spinners will be under pressure against Australia, opines Usman Khawaja

Jalaj Saxena: Australia will go into 1st Test with India low on confidence