New Delhi: The BCCI on Tuesday announced that a cricketer guilty of age fraud will be barred from all its recognised tournaments for two years.

“The BCCI has a zero-tolerance policy for age fraud in sport and has taken strict action against cricketers found guilty of manipulating their date of birth certificates while registering for BCCI tournaments,” said the BCCI in a statement.

“As conveyed to state associations at the start of the season, BCCI wishes to reiterate that from the 2018-19 season, any cricketer who is found guilty of tampering his/her date of birth will be disqualified and barred from participating in any BCCI tournament for a period of 2 years i.e. 2018-19 and 2019-20 seasons,” it added.

ALSO READ: India vs CA XI, tour game: One shot for Virat Kohli s team to warm up for Tests

Earlier, a cricketer faced a ban of one year. In September, the BCCI had banned a Meghalya-bound Delhi player, Jaskirat Singh Sachdeva, for producing a fake birth certificate to play in an Under-19 tournament.

Age fraud is a perennial phenomenon facing junior cricket. In 2016, former India captain Rahul Dravid had acknowledged age-fudging as a major problem in Indian cricket and welcomed BCCI’s decision to allow a player to compete in the U-19 World Cup only once. 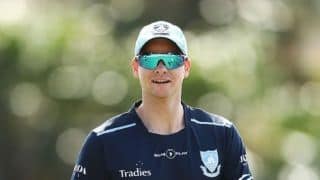