The BCCI is all set to once again snub arch-rivals Pakistan from its FTP in the upcoming ICC World Test Championship from 2019.

Board of Control for Cricket in India (BCCI) may snub Pakistan from its Future Tour Programmes (FTP) in the upcoming ICC World Test Championship from 2019. Of the six nations India needs to play in the Championship, Pakistan will not feature. The ICC is set to meet in Singapore on December 7 and 8. BCCI would also look to correct the flaw in their FTP, as they look to have two dedicated slots for home series every year in February-March and October-November. According to the new FTP regulations by ICC, the nine top Test teams would play six series for over two years during the World Test Championship phase. It is likely that BCCI would name Australia, England, New Zealand, South Africa, Sri Lanka and Bangladesh as their six opponents. BCCI to host SGM on December 1, to decide 5-year FTP

On ICC’s new FTP ahead of World Test Championship

“The ICC knows the ground realities and especially chairman Shashank Manohar as he was BCCI president sometime back. We can t play Pakistan as it is Indian government s prerogative to allow us play them in a bilateral series. Our proposed opponent list is all set to be passed at the FTP Meet in Singapore. Also as per new World Test Championship rules, if the opposition is not in the proposed list, India will not have to forfeit points or pay penalty,” said a CCI official, as reported by PTI.

“People are talking about two India versus Sri Lanka series inside four months but that s only a part of the issue. Sri Lanka last played a Test series in India in 2009 so they have not played here for eight years. At some point in time, they had to come to India for a Test series. However, the earlier regime while deciding on FTP never looked at the balance.”

“We played 13 home Tests in 2016-17 season and the whole of 2018, we will be playing abroad. Now what kind of FTP scheduling is this? This is where the problem is and no wonder Virat is annoyed. For proper balance, we will now have these two slots February-March and October-November for home cricket. The December-January is a slot where we can go for away tours.” 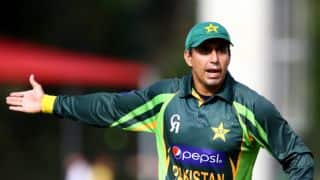