The Lodha Committee was appointed by the Supreme Court in January 2015 to look into the functioning of the Indian cricket board and suggested changes to its constitution.

New Delhi [India]: Former India captain Bishan Singh Bedi has said that the Board of Control for Cricket in India (BCCI) should comply with the Justice R.M. Lodha Committee’s recommendations without using its usual delaying tactics. The R.M. Lodha Committee was appointed by the Supreme Court in January 2015 to look into the functioning of the Indian cricket board and suggested changes to its constitution.

“They have to comply with the Lodha Committee. That’s a verdict which cannot be withdrawn. It was not a suggestion by the Supreme Court, but a verdict. Supreme Court is the highest court in the country; you cannot expect the court to backtrack,” Bedi told ANI on the sidelines of the Blind Cricket Conclave.

The legendary left-arm spinner further accused the BCCI of deliberately implementation of the committee’s recommendations. “Why has there to be the word “control” in BCCI? It should be the Indian cricket board or something else. There is no other country which uses this word with their parent body. Why do we have to control something which is all about freedom of expression?”

The R.M. Lodha Committee has repeatedly maintained in its report submitted to the Supreme Court that the BCCI is resisting change of the status quo. The apex court had last year nominated a Committee of Administrators (CoA) to look after the administration of the BCCI to ensure implementation of the Lodha Committee recommendations.

The CoA is at loggerheads with the BCCI office-bearers, owing to the board’s reluctance to comply with the Committee recommendations. In the recent chapter of the battle, the CoA, in its seventh status report, had sought the removal of the board’s office bearers. The two-member CoA, comprising of Vinod Rai and Diana Edulji, cited that the term of office of the present office-bearers expired on March 1, 2018, according to the BCCI’s existing Constitution. 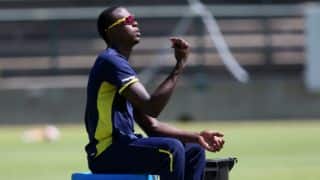